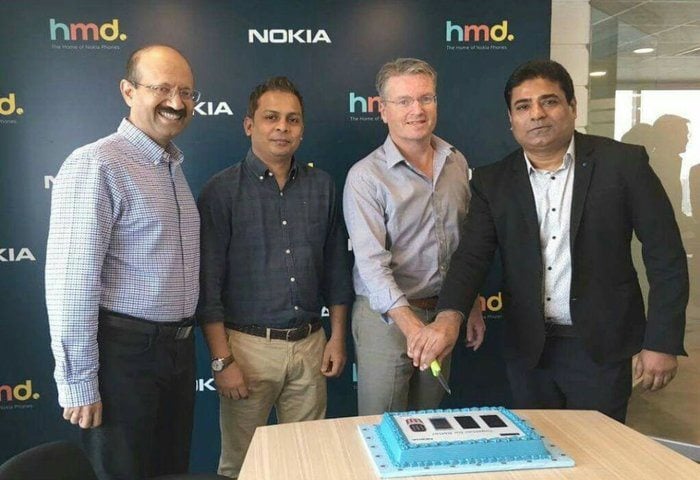 Nokia is back to rule Pakistani market again

Nokia is officially back in the smartphone market. To celebrate the occasion, Mr Per Ekman the vice President of HMD Global Oy- The Home of Nokia Phones came on the official visit to Karachi.

Meetings during the visit

During his official visit, he met Mr Rizwan Majeed, the CEO of Advance Telecom. Advance Telecom is the official partner of Nokia in Pakistan. The meeting was called to the HMD Head office

During the meeting, a specially made cake was cut that announced the official comeback of Nokia in the smartphone market. The cake was made with Nokia 6, Nokia 5, Nokia 3 and the legendary set of Nokia, the Nokia 3310 imaged on top of it.

Other attendees of the meeting

Many other people were invited to the meeting. Mr Kamran Khan was invited along with the Head of Finance MENA, Mr Shoaib Qadri.

Different matters were discussed in the meeting. The comeback of Nokia was the hot topic. It was briefly discussed that what will be the comeback policy of Nokia and how will they attract the customers after their return after many years. It is expected that Nokia will make a great comeback, as it was pretty famous in the country.

Nokia has a cabinet reshuffle, Elhage steps down