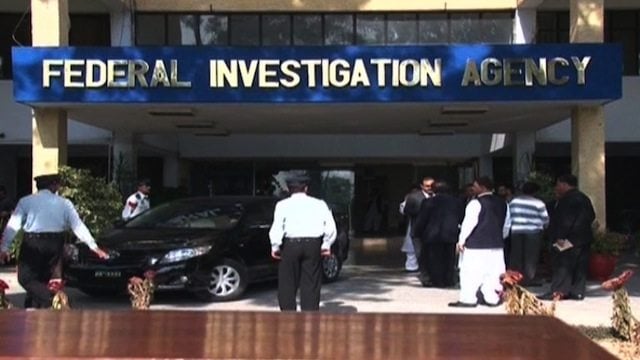 Three people have been arrested by Federal Investigation Agency who were involved in the Social Media Blasphemy case. The remand of the three individuals has been given by Anti-Terrorism Court to the FIA for posting unholy content on Facebook pages.

Devices seized from the suspects

Laptops have been seized from the suspects involved in Social Media Blasphemy by FIA. These have been sent to the forensic labs for further investigations. The authorities have been directed by the judge of Anti-terrorism Court to present the report of investigation to the court as soon as possible.

Anger in society regarding the case

The case has created quite uproar in the society and in Muslims all over the world after the blasphemous content was uploaded by some individuals on the Social Media Blasphemy pages. The Islamabad High Court ordered the authorities to block the pages on which the content was posted.

Measures were taken up Government

The interior Minister Chaudhry Nisar Ali Khan has been taking measures to do everything they can to make sure the culprits get punished for their crimes. Also that such blasphemous content cannot be posted on social media again. The government has also contacted the Facebook authorities to make sure such content is blocked before being posted.

Facebook has responded to the Government of Pakistan. They have decided to send a delegation to Pakistan to deal with the ongoing issue. In the last hearing of the court, Justice Shaukat Aziz said that if the Facebook authorities are not cooperating, the government should ban the site once and for all.