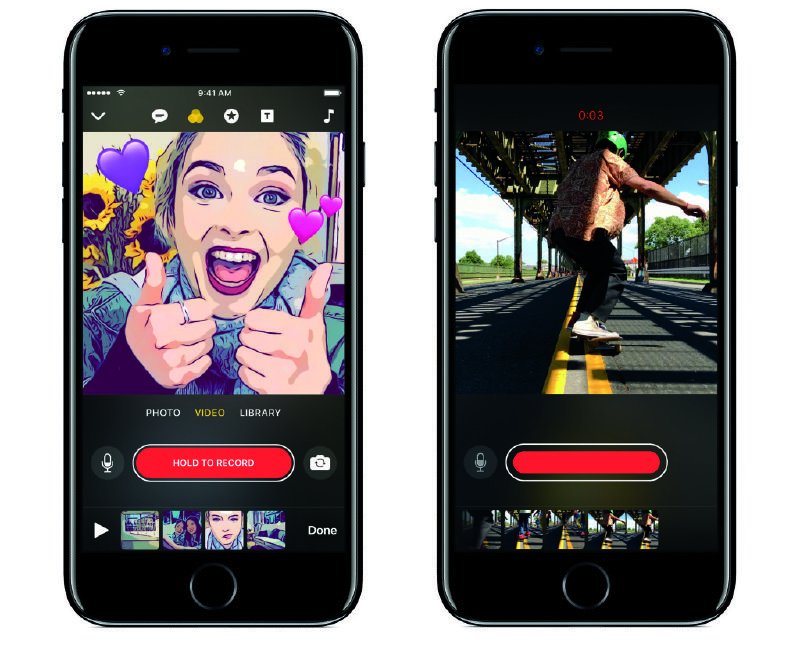 A brand new video editing app will be released very soon, called clips. This will be released by Apple, and it will allow users to customize their footages with a ton of innovative features. This could prove to be a whole different ball game and could change how you upload videos to Snapchat and Instagram.

Clips are very similar to Snapchat. When you open the app, you are greeted with a very prominent ‘Hold To Record’ button, and at the top, you can find animated elements and words which you can add. The app also allows you to mix and match videos, another feature that snap chat possesses.

‘Live Titles’ is a new and handy feature that clip has introduced. This feature allows the app to listen to whatever you are saying, and this would automatically turn to text, and then posted to the top of the video. This voice command is quite similar to the one Samsung’s will introduce to its upcoming flagship, the Samsung Galaxy S8.

Another handy feature that clips possess is that it allows you to add soundtracks to your video creations, and you can choose from more than 40 soundtracks developed specifically for the app. The app is even smart enough to make sure that it tailors the song to your video, so you never have to be careful about ending on a wrong note!