Pakistan Electronic Media Regulatory Authority has put a restriction on Zong’s TV promotion that, as indicated by a few protests, demonstrated shocking scene.

It possibly reviewed that one of Zong’s current TV promotion, that plays on a tune “Boom Boom”, demonstrates a male model taking care of business hit by cricket ball between the legs.

PEMRA had already asked Zong (and OPPO Mobile) to revise its TVCs as an expert had gotten grumblings from the overall population about the promotions.

PEMRA had asked PBA (Pakistan Broadcasters Association) to not to air Zong and OPPO TVCs being referred to after February 22nd, 2017, unless promotions were altered.

Beneath the PEMRA notice regarding the matter: 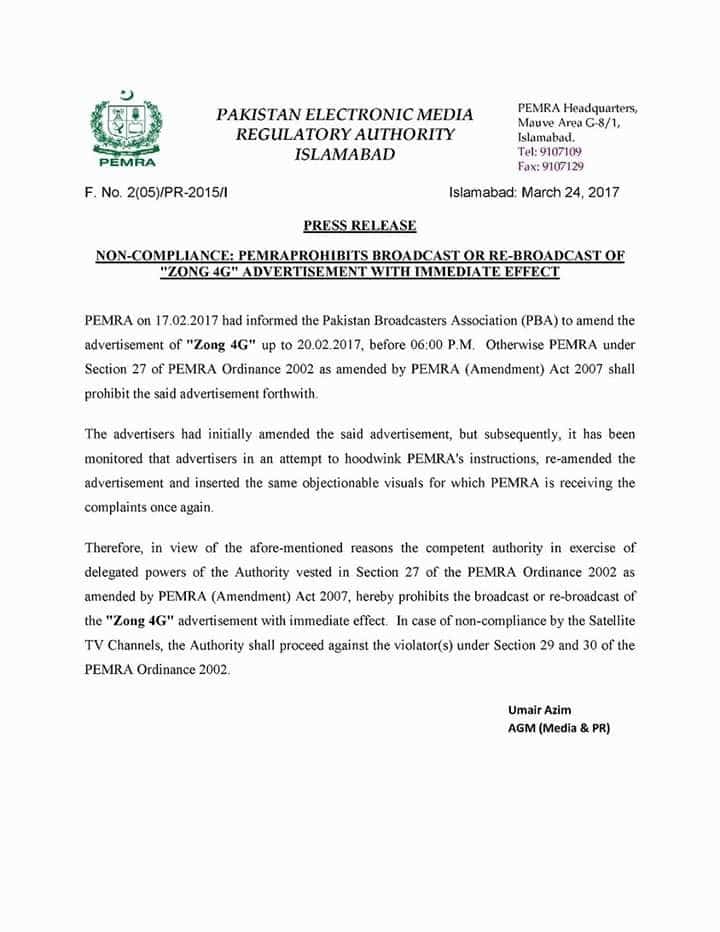 Expert, in its today’s warning, said that Zong’s continued airing the same TVC with offensive substance, and open has gripped again about the TVC.

PEMRA, while demonstrating its dismay, coordinated PBA to not to air the promotion once more, regardless. It said that any infringement will be met with extreme activity against the TV channel that will air the advertisement.