Another milestone will be achieved by the Khyber Pakhtunkhwa Police. The KPK Police is going to get a new digital system. It has been announced by the acting Inspector General of Khyber Pakhtunkhwa Police Mr. Syed Akhtar Ali Shah that a new paperless system will be introduced in the police stations and all the police mobiles will be connected to the internet. IG said that they want to make the use of paper minimum in KPK Police.

He further added, “Negotiations in this regard have already taken place with the managing director of Information Technology Board. A paperless management information system will be created to the Central Police Office Peshawar. All the KPK police stations will also be shifted to the computerized process. Twenty-six registers will be computerized on a daily basis and will be made accessible to all the relevant departments.” 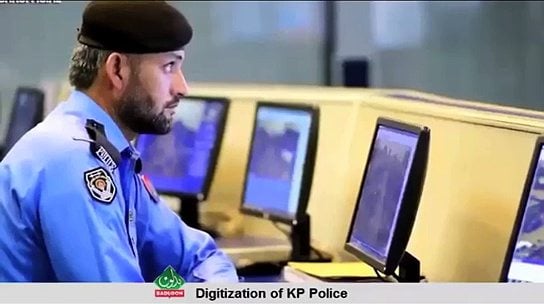 The solution for the administrative problems of KPK Police

The police were facing administrative problems because of the misplacing of the files and wrong entries. So this paperless digital system will help to solve these administrative problems like budgeting, accounts, procurement, file movement and inventory. The central police office will also get an information management system that will help in monitoring the activities. The online portal will make citizens able to monitor the performance of the police.

The police mobiles will also get internet connections and tablets. The tablets will have an updated criminal record. This will make the police able to check the criminal records anywhere.

The automation in Punjab Police

A similar thing has also been introduced in the all the 712 police stations of Punjab earlier this month. This project was started by the Punjab Information Technology Board with collaboration with the Punjab Police.  They also had an updated criminal record.