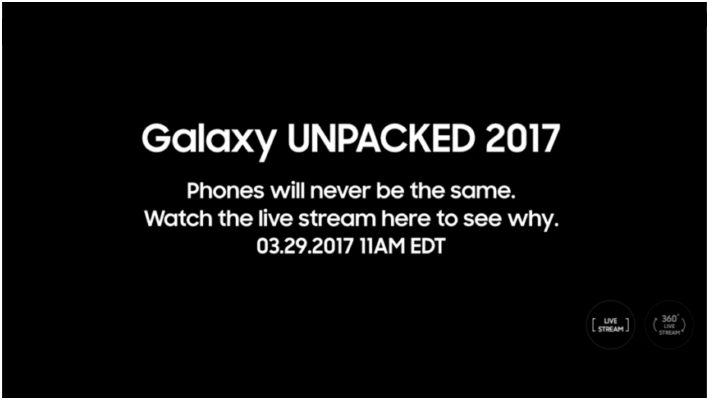 Mobile
Home - Mobile - How to Tune in to Unpacked Galaxy 2017

How to Tune in to Unpacked Galaxy 2017

The release of Samsung’s latest flagship phone, the Samsung galaxy s8 is very soon to be, and this is the time that the rumors have indeed started to burst into life about the phone. According to various resources, including a very reliable one, that of Evan Blass, the phone is most likely to feature in three colors. These will be black, gray, and silver. It’s almost here! T-minus 24 hours to go until Samsung Electronics’ newest Galaxy device makes its debut at Unpacked 2017 in New York.

Viewers around the world may watch a live stream of the event by following the directions below.

Visit news.samsung.com or www.samsung.com/galaxy when the event begins*.

Download and launch the UNPACKED 2017 app (compatible with Android and iOS)*.

*360 live streaming is also available at http://www.samsung.com/galaxy and in the UNPACKED 2017 app.

Truecaller and Google Come Together to Improve Video Calling for Millions

Need for more transparency for the National Action Plan