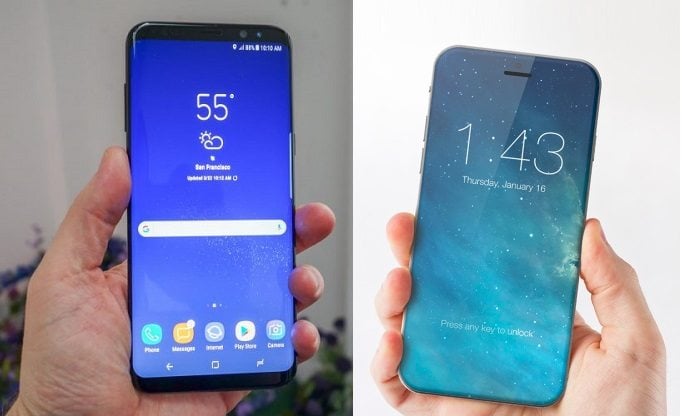 How the upcoming iPhone can beat Samsung’s latest flagship, the Galaxy S8

It’s been 3 days since the release of Samsung’s latest flagship phone, the galaxy S8, and the reviews have been flowing in like crazy, and this trend is likely to continue. The rumors are also flowing in heavily, with most of them being linked to the galaxy Note 7, which is likely to be released later this year.

Samsung has blown away the world with its latest flagship. The galaxy S8 is a very good phone and is plausibly the best phone in the world right now. The competition between Samsung and Apple has been red hot if we take the past few years in consideration, and this is only likely to increase in the future. Apple is now under pressure, and Apple engineers now have their work cut out in trying to dominate the flagship smartphone market. Samsung has claimed that its infinite display is revolutionary, and Apple now has to introduce a bezel-less phone to compete with Samsung. The iPhone is rumored to having a curved OLED screen, instead of the traditional LCD display.

The S8 has the push sensitive home button inside the phone’s screen, however, apple shouldn’t have much of a problem with this, as Apple itself can do this with little effort because of the fact that apple already has the technology available, running on its current phones.

Samsung removed the fingerprint scanner and placed it besides the camera, and has faced considerable criticism in doing so. Apple can take advantage of this, by building an on-screen sensor. Samsung also hasn’t improved much on the battery, so apple can further capitalize on this, and produce a phone with a long lasting battery, and in doing so, apple would indeed be satisfying the countless customers with battery complaints about the past decade.