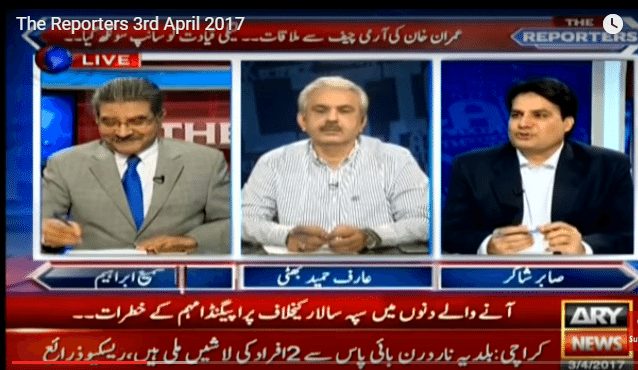 PEMRA issued Show Cause Notice to ARY’s program ‘The Reporters’

Pakistan Electronic Media Regulatory Authority has issued a Show Cause notice for the program of news channel ARY, “The Reporters”.

The reason for the notice

The program is hosted by three hosts, Sami Ibrahim, Sabir Shakir and Arif Hameed Bhatti.The notice says that in the episode of “The Reporters” aired on April 3, 2017, the hosts presented the tweet of ISPR in a wrong manner. The analysis on the tweet was marked as misleading. The analysis was about the meeting of Army Chief with the head of a political party. The news was given a straying image. This was a plot to create a wrong perception of the relations between the democratic government and Army in public’s mind.

Legal side of the notice 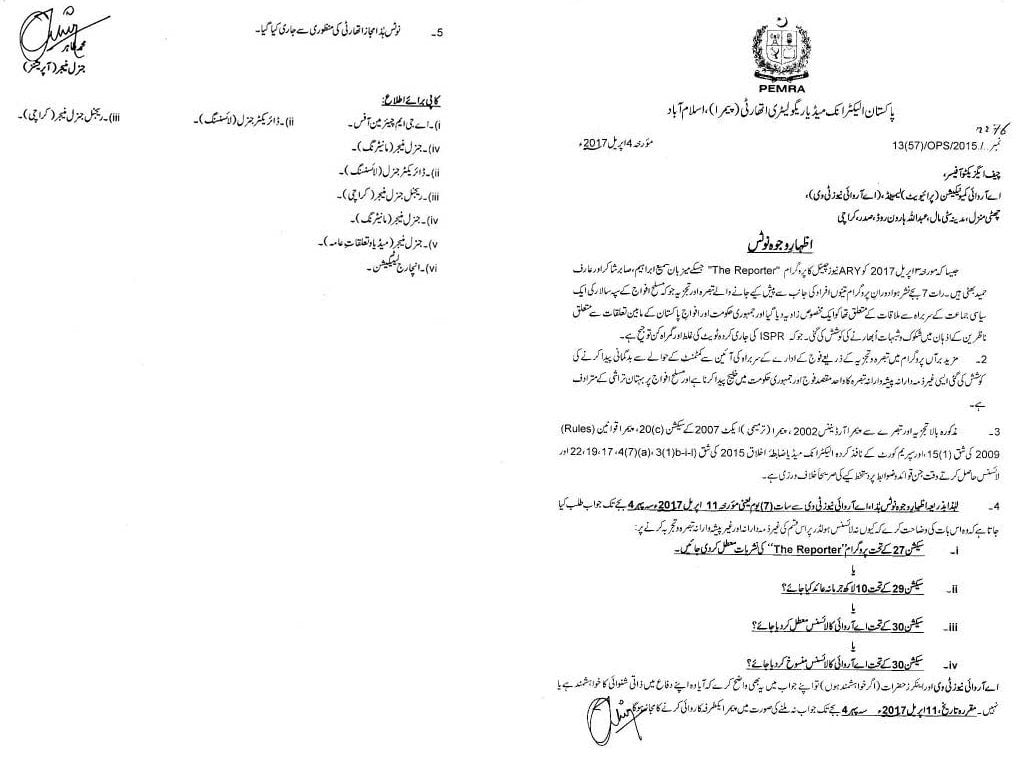 The legal proceedings that ARY and the anchors can face

The authorities of ARY and the concerned anchors have also been asked if they have anything to say in their defense. If the answer is not submitted till the due date, PEMRA will have authority to exercise its powers singlehandedly.

Click here to have a look at the video of talk show.