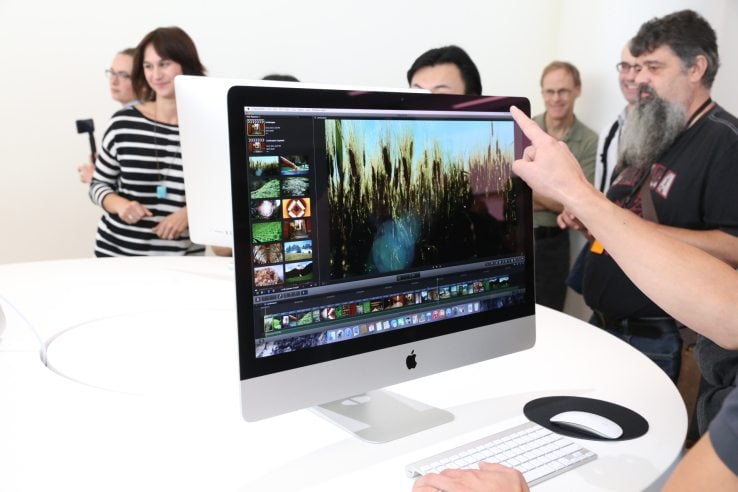 Apple is working on new iMac and Pro Display

Apple is planning to make changes and tear down Mac Pro. The company revealed the news during an uncommon meeting with the press this week. The company wants to make the iMac more users pro and a display that will be designed d to specifically be used with the Mac Pro.

The company is not known for discussing the product in the media. But the newly introduced transparency policy had them reveal details to the media and they seemed comfortable while doing so. The company admitted that the Mac pro has found popularity among the pro users. The new iMac might find more popularity as the Mac pro hasn’t got an update in more than three years. The iMac for 2018 will have specs that will make it more attractive.

Right now the company wants the users to hold on to both its computers and devices like iPad. The competition Apple gets from the Windows all-in-ones devices is getting tough but the new system might not get a touch screen. Despite all the competition, the Apple is going to keep the iOS and MacOS lines separate.

“Because we think in many tasks, that’s actually the best solution. So all of our customers should feel free to buy multiple products,” SVP Craig Federighi said

Apple making everything from the scratch

After the harsh experience with the LG, while creating a 5K monitor screen, Apple will now be creating its own screen to go along with Mac Pro next year. This may be one of the reasons that this time the company is making all the parts from scratch.

“As part of doing a new Mac Pro — it is, by definition, a modular system — we will be doing a Pro display as well,” Phil Schiller said during the conversation. “Now you won’t see any of those products this year; we’re in the process of that. We think it’s really important to create something great for our pro customers who want a Mac Pro modular system, and that’ll take longer than this year to do.”