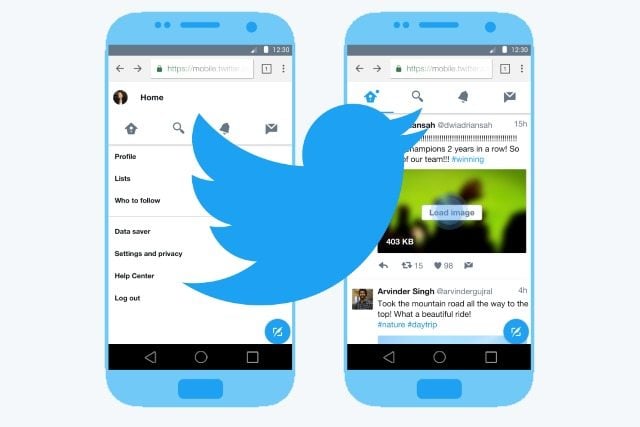 Twitter has now introduced another service for the benefit of its users, a service which is data optimized, and hopes that it will be a big hit in the market. The app is called Twitter Lite. You might be familiar with the name ‘Lite’ as it has been associated with the likes of Facebook, when it introduced it’s ‘Facebook Lite’, however, unlike the Facebook lite version, and other lite apps, this app is browser based, and if you want to check it out, then visit – mobile.twitter.com

The app is a data optimized version of the original one, and as stated by the company, will work faster, load faster, and may perhaps even work on limited internet connections. Furthermore, Twitter stated that already hundreds of millions of people already visit the app, but it wants to expand this. It is true that a web app is not as powerful as a native app, but Twitter Lite considered the ease with which it’s users could access the app, especially the new users, for whom there may no need to be a Google play store app, or even providing information related topics your credit cards, or email address.

The app comes with just one MB, so you’d imagine that with this app, you wouldn’t at all have to worry about storage problems.

Twitter, at times, has struggled, especially when you compare Twitter with the success of Facebook. The Facebook lite app already has 200 million users, just two years after its initial launch, which is not far off from Twitter’s entire userbase, which stands at 319 million users.

Expected change in Constitution and Latest progress of Blasphemy Case