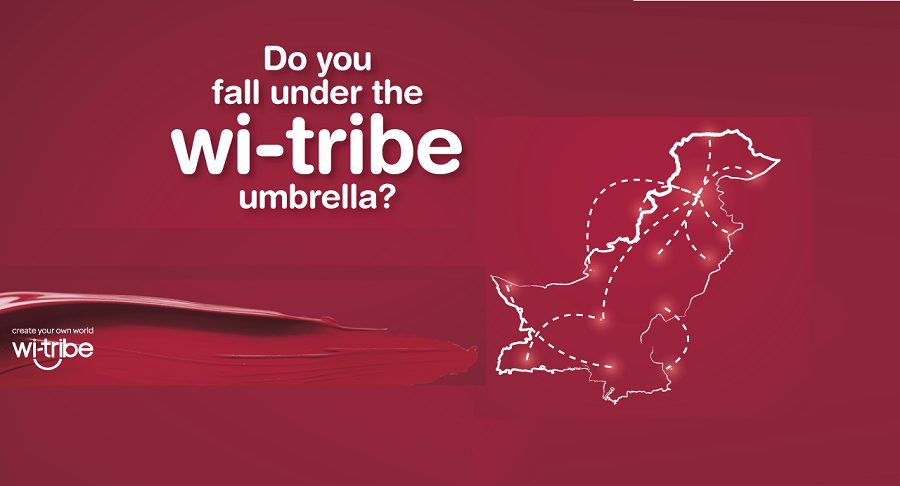 Wi-Tribe has recently formulated the maps of certain areas which will be furnished with LTE advanced coverage. these areas include Islamabad, Rawalpindi, Lahore, Faisalabad, Karachi, and surroundings. Service is soon to run in June 2017, yet they have revealed maps of certain cities of Pakistan excluding Kashmir. As if they don’t even have the policy to cover that region in Future. Isn’t that feel strange?

In February 2017, Wi-tribe declared a $15 million contract and key organization with Huawei of China for enhancing the nature of LTE in no less than five urban communities including Islamabad, Rawalpindi, Lahore, Karachi, and Faisalabad. The agreement is worth of $50 million speculation program of Wi-tribe. Wi-tribe has introduced first ever LTE-A trial site of Pakistan. The propelled innovation will be initially tried at the Head Office, Islamabad, before making it completely operational over the city.

Here’s a map update of Coverage areas of Lahore. You can search for your city via this link. 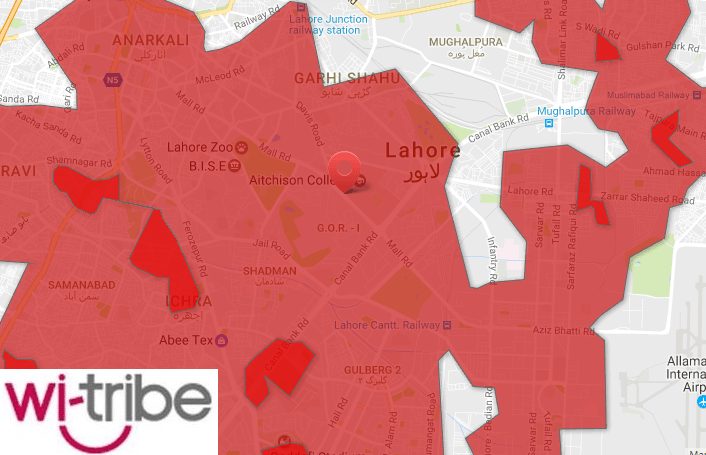 LTE-A will have the capacity to convey the speed of up to 150Mbps for each household unit in the following couple of months which will be raised to 200Mbps for every household before the finish of 2018 and 400Mbps by 2019. LTE-Advanced systems can convey up to 1GB every second of information, contrasted with a greatest of 300 MB for each second over LTE systems.

There’s been a discussion on Facebook that why Wi-Tribe has shown the incomplete map? Well this mistake can be called a technical drawback as LTE-A / 4.5G advanced services operations is a complicated matter and so far installation of services will only be possible in big cities. Yet eliminating some regions of Pakistan from the map is certainly a bad sign of marketing.

LTE remains for “Long Term Evolution”. LTE is a standard for rapid remote correspondence for cell phones and hardware in broadcast communications. LTE-Advanced (LTE-A) will be a developing more generally propelled set of benchmarks and innovations that will have the capacity to pass on monstrous and quicker remote information everywhere. LTE-A guarantees to convey genuine 4G speeds, not at all like current LTE systems.

Wi-tribe has reported that both existing and new clients can pre-arrange their LTE-A connections with up to 150 Mbps speeds. Individuals in Lahore, Faisalabad, Karachi, Islamabad or Rawalpindi can fill up this form to pre-order Wi-tribe LTE as they will get extraordinary offers for doing as such.