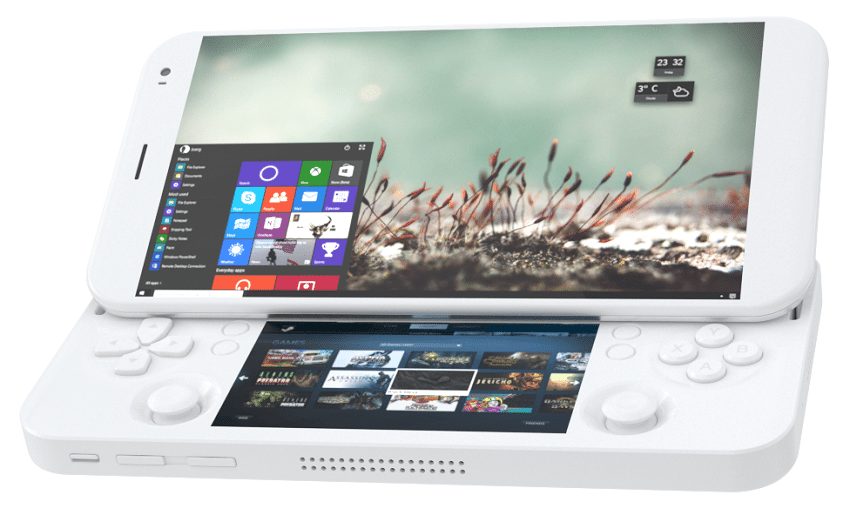 PGS – the first hybrid of a smartphone, portable game console, and mini PC ever created in the world, which can run almost all existing PC games (comprehensive support of Steam library). The device is available for pre-ordering through the official website. Prices start from $319 for Hardcore version.

The device runs Windows 10, as well as Android in the Dual boot mode, simultaneously. Highly efficient mobile SoC Intel Atom X7 Z8750 is the core of a Windows part of the device, while the versatile MediaTek Helio X2X chip is responsible for the Android part. The console will be released in two versions, Hardcore and Lite. The Lite version will come out a little later. Hardcore will be equipped with 8GB RAM for Windows and 3GB RAM for Android. External storages are supported thanks to a Micro-SD slot. The performance level of the device is more than enough to provide smooth operation of most PC games in HD-resolution. 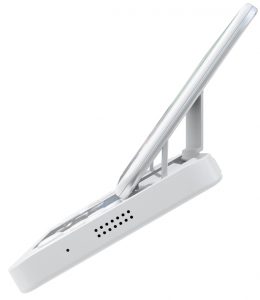 PGS has a form-factor of the side slider. One of the key features of the device is two high-resolution displays with 5.9” and 5.5” diagonal for the main and for the auxiliary displays respectively. The battery, which capacity is 6800mAh, provides around 5 hours of work for demanding games. Among other features of the device are LTE module, high-quality audio speakers, front and rear cameras, wireless charging, Smart Active Cooling System (allows the chips to work at maximum frequencies).