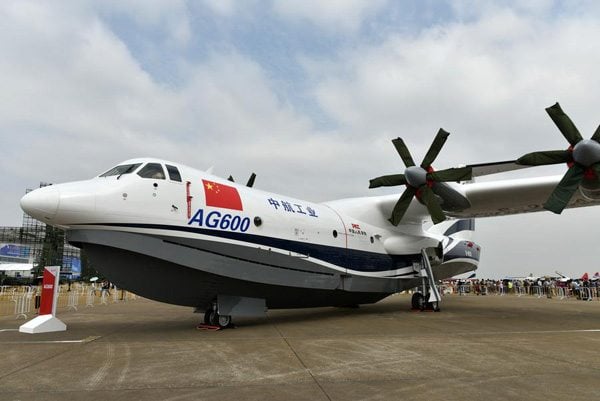 AVIC had forecasted that dropping of 12 tons of water far aerial firefighting and 50 passengers for search and rescue operations would be suitable for AG600.

AG600 can also “be used to monitor and protect the ocean”, said Xinhua.

First flight was initially forecast for 2015 but was postponed until the first half the current year 2017.

Xinhua had reported in March that AG600 would take its maiden flight in late May.

AG600 was reported to be the largest amphibious aircraft with a maximum takeoff weight of 53.5 t and a maximum range of over 5,000 km. This aircraft with  wingspan of 38.8 metres and powered by four turboprop engines was also reported.

Forward fuselage of this aircraft was completed in 2015 and prototype was rolled out on 23rd of July 2016, at Zhuhai AVIC factory.

The manufacturer has indicated that export sales of the aircraft and that island countries, including New Zealand and Malaysia is expected.

LG G6 and Galaxy S8 – A see through back