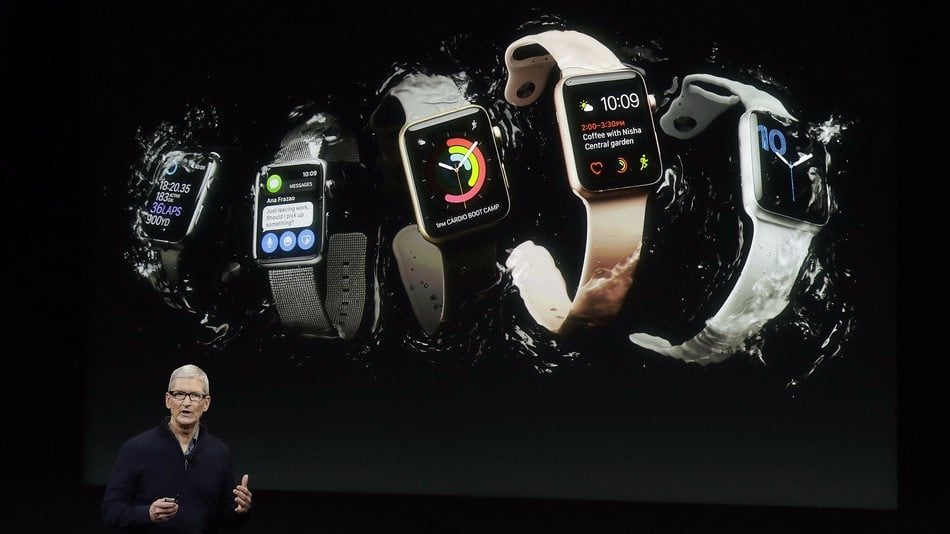 Good news for Apple and bad news for Fitbit. Apple overtook Fitbit and turn out to be the world’s largest wearables retailer in Q1 2017, in the most recent indication the sector is bearing fruit for the technology giant.

According to research firm Strategy Analytics, Apple capture a 16 percent market share through the quarter on shipments of 3.5 million wearables global, a 59 percent ascend from 2.2 million units shipped in the same quarter of 2016.

The intensification was mainly driven by the latest Apple Watch Series 2, which is selling comparatively well in the US, UK and elsewhere, “due to enhanced styling, intensive promotion, and a good retail presence”, Strategy Analytics statistics back up remarks by Apple CEO Tim Cook during the company’s fiscal Q2 (calendar Q1) earnings call this week, whilst he stated combined profits from “wearable products in the last four quarters was the size of a Fortune 500 company”.

Cook’s explanation suggests Apple’s wearable products, which contains its Watch and headphone products, go beyond the $5 billion mark, and were the first point in time the company presented an indication of the category’s financial recital.

Apple so far scheduled its wearables business in its “Other Products” category.

Fitbit struggles
Strategy Analytics’ research found Fitbit shipped 2.9 million wearables all-inclusive during the first quarter of the year, a plunge of 36 percent per annum from 4.5 million units in Q1 2016.

The vendor slipped to the third position in Strategy Analytics’ rankings, behind Chinese producer Xiaomi, which positioned second on shipments of 3.4 million wearables throughout the quarter.

“Fitbit has nowhere to be found its leadership to Apple due to sluggish demand for its fitness bands and a delayed entry to the promising smartwatch market,” Strategy Analytics director Cliff Raskind explained, adding up: “Fitbit’s shipments, profits, pricing, and revenue are all dwindling at the moment and the company has the main fight on its hands to recover.”