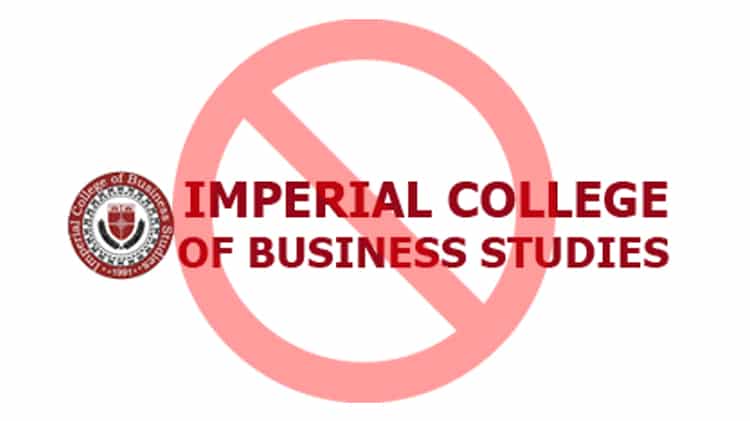 Imperial College of Business Studies Lahore banned due to irregularities

Think of the banishment of some educational Institute! Does it seem something odd?  Obviously, it is.  But sometimes such steps becomes inevitable. And the same case is reported to be with Imperial College of Business Studies Lahore.

Earlier in this year,  we received the news of Higher Education Commission’s  order to Imperial College of Business Studies Lahore to halt further admissions from April.

The decision has been taken after HEC observed some irregularities and mismanagements in its academic operations.

It is declared that if the college continues its operations steps will be taken and degrees offered from April 2017 will not be recognized by HEC.

All level degree programs have been banned with orders from HEC.

To check the list of recognized universities and sub-campuses, visit here.

TIP affairs to be streamlined at any cost, says; Anusha Rehman