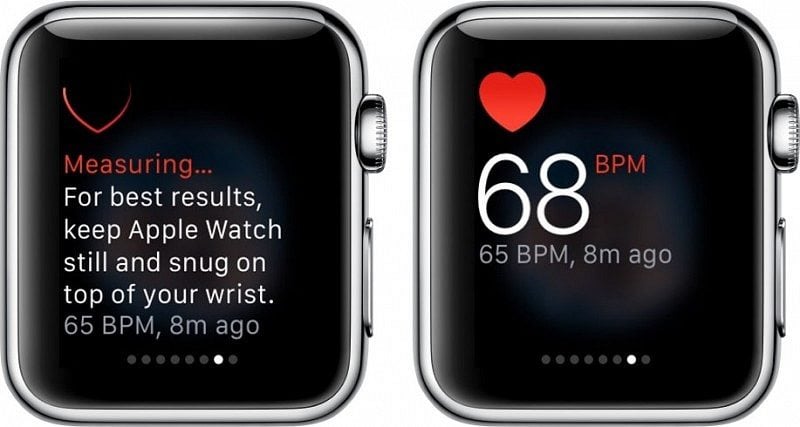 According to a study _involving 6,158 participants recruited through the Cardiogram app and university of California, San Francisco  _ the Apple Watch is discovered to be  97 percent accurate in detecting the abnormal heart beat when paired with an AI-based algorithm.

According to cardiogram co founder and scientist for UCSF’s eHeart study Brandon Ballinger ,about a quarter of strokes are due to abnormal heart rhythm. And to discover whether the Apple Watch could detect an oncoming stroke,  Cardiogram started the study with UCSF in 2016.

Cardiogram achieved a 97 percent accuracy in the neural network’s ability to find irregularity in heart activity,  when it rested the deep neural network it had built against 51 in-hospital cardioversions (a procedure that restores the heart’s normal rhythm).

Ballinger says two-thirds of  the strokes caused by atrial fibrillation are preventable with relatively inexpensive drugs. And old aged people are prone to such stroke risk, are going to use wearable technology such as Fitbit or the Apple Watch.

But this study is not completed as struggle to identify and prevent stroke in the future is continued. Cardiogram and UCSF will work more for its eHealth study with plans to validate its deep neural network.  According to Cardiogram

“Against multiple gold standards, incorporating the results into the Cardiogram app itself, and investigating the ability to detect health conditions beyond atrial fibrillation.”

Tech giants including Toyota, busy to make sure automation of the automobiles

The Selfie-Superstar – Huawei P10 Lite is an ultimate photography Guru