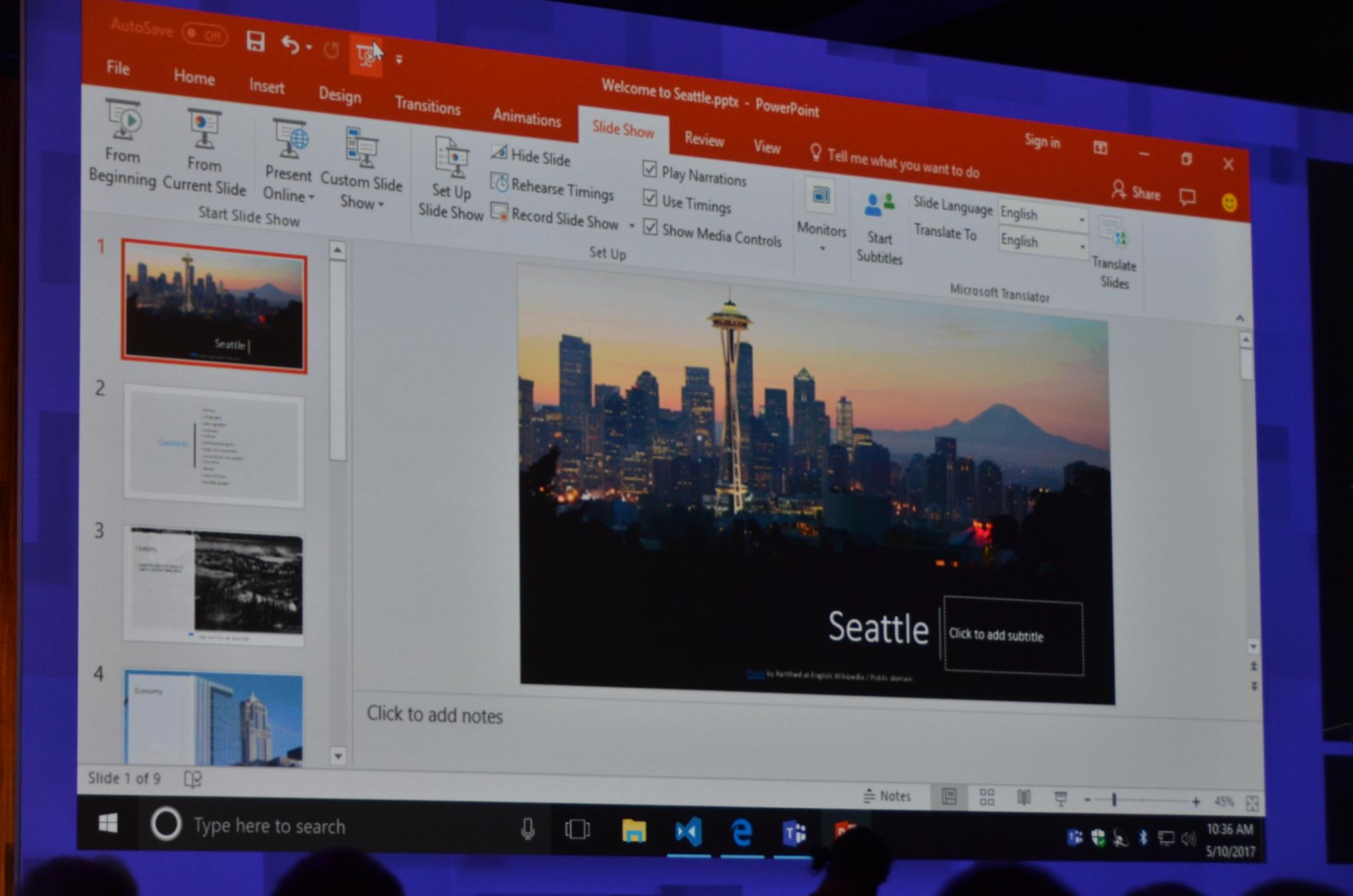 Translation to Real Time soon to be added to Microsoft Powerpoint

Over the past couple of years, we have seen the rapid rise of technology, and with this rapid rise, a lot of things have been made very easy to do, and the translation of languages is just one of the things that have been made easier with technology. We have been blessed with the likes of real time Google translate, and also products like Skype translate. But these programs help only to a certain extent. What if you want to present a presentation in a different language, to some foreigner? For business purposes, or otherwise?

Thankfully, for such times, Microsoft powerpoint will have you covered. Microsoft is releasing a powerpoint add-in, called “Presentation Translator.” This little, yet brilliant tool will translate your voice to the language you please, all in real time. The requirement, though, is the fact that you will need to have an iOS, Android, or Windows app for it. Not only this, but it will also translate your slides for you, with its support expanding to more than 60 written languages!

So, how exactly does the tool work? Well, it’s relatively new, so you would expect one or two problems, which were showcased when Microsoft tried to translate Chinese in real time, in their build conference, four days ago. However, the potential of the tool can be imagined with the fact that the tool worked perfectly with the translation of Spanish. As of now, there is support for 10 spoken languages including, Arabic, Chinese (Mandarin), English, French, German, Italian, Japanese, Portuguese, Russian, and Spanish, with more soon to be added.