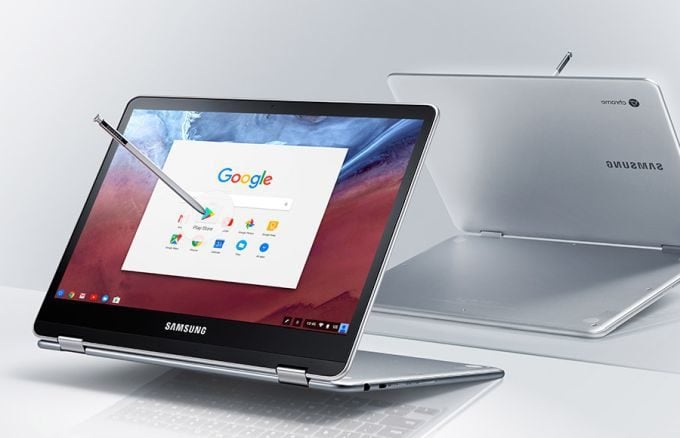 After countering a short, and unexpected delay, the Samsung Chromebook Pro now not only is available for pre-order, but there is also a pre-order date, and according to Amazon, the pre-order will be dispatched on the 28th of May.

Being a convertible, and having a 12.3 inch touchscreen with a resolution of 2400 x 1600, the laptop was first launched in January at the CES, and was actually expected to be released last month, in April, however, this obviously did not happen, and the reasons behind this are still unknown. And even though the Amazon listing of the chromebook is present, we are still to hear an official announcement from Samsung regarding the delay of the chromebook.

The specs regarding the Chromebook pro are actually pretty impressive. As mentioned earlier, there is a 12.3 inch touchscreen with a 2400 x 1600 touchscreen, and to go along with this, there is an Intel core M3 processor, 4GB of RAM, and 32 GB of internal storage, and of course, not to forget, Samsung’s ‘S Pen’ Stylus. The Chromebook was first revealed in silver, however, it is important to note that the retail unit will only be availabe in black.

The Chromebook is available for a cool price of $549.99, and given some of the specs that it caries, it’s hard to see why it would cost any less! Pre Order Now.