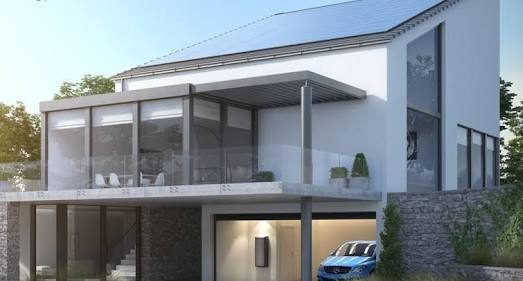 Needless of the particular ecosystem in which you have to buy a car,  solar cells and power wall of the same company,  the announcement of the collaboration of Mercedes -Benz Energy with Vivint Solar has been made, for the provision of batteries for storing energy at home in the United States. The project will start from California this spring.

Mercedes started almost the same program in Germany,  the last year. Automotive grade batteries developed for electric vehicles are being used by Mercedes. These batteries can withstand a lot of charging and discharging cycles. To store surplus energy for later use in the home,  the company collaborated with utilities and solar companies in Germany.

The system is same as a new customer hires Vivint solar to install an array of solar cells on their roof,  this deployment enables him to add up to eight 2.5 kWh Mercedes batteries. The homeowner is allowed to customize energy storage depending upon the quantity of energy being captured and being used.

If the grid goes down, the batteries work as a backup allowing users to make the most of their solar energy.  The system can store energy created in the day, for later use when energy usage rates climb up due to the sunset.

Tesla,  the main competitor for Mercedes-Benz Energy and Vivint, like you to charge your Tesla car with energy from Tesla solar cells stored in a Tesla Powerwall.  But Mercedes and Vivint do not bind you in such ecosystem.

Automation and Internet will cause a hell of job disruption; forecasted Jack Ma Head of Alibaba Group