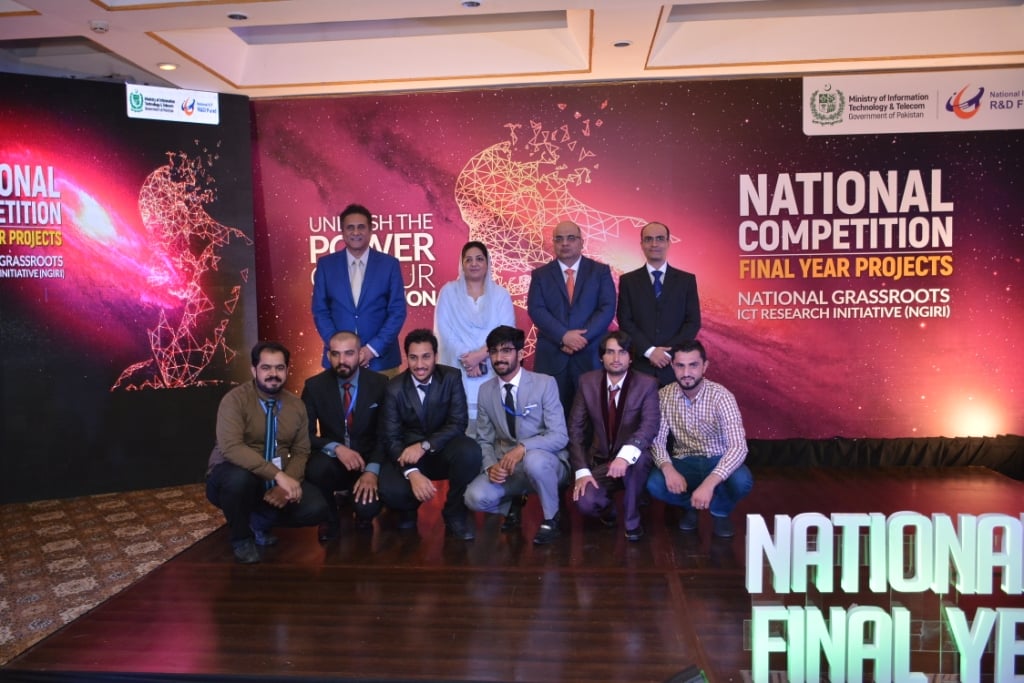 Ever since the inception of NGIRI in 2011, 72 public and private sector participating universities submitted 5,538 FYP proposals out of which 2,067 FYPsreceived an overall grant of worth PKR 130 million. Under Phase-II of this initiative, a national competition was announced in 2016.

Ms. Anusha Rahman Minister of State for Information Technology and Telecom, who graced the award ceremony of National Competition, asked the students and judges, “how the technology has changed in the past 3 years. She said when there’s a woman there’s away.

She congratulated all the participants for working on the projects. 3G/4G brought the revolution in Pakistan. She further said, “our resolve is to connect the unconnected. People with no connectivity will get 3G by the end of 2018 everyone will be connected.

She said, “I personally believe that coding is the future; we need to train our children on computer skills. We are training 5 years old. The freelancer initiative is to turn the students to become entrepreneurs’ because no government can provide so many jobs. 1 million freelancers in 2 years is the target. I want to see 50 % of the population of my country to contribute to the economy.

Earlier speaking on the occasion, Mr. Yusuf Hussain CEO National ICT R&D Fund said that universities from across Pakistan participated, not just Lahore, Karachi and Islamabad’s elite universities. He thanked the students, supervisors, and judges. Some of the projects have great future, for example, a project from Quetta “smart helmet” sold 20 units. That is what ignite is about we are trying to commercialize a lot of exciting projects like smart homes etc. Such projects bring a culture of fun. We are becoming venture capital fund, we will still give grants but we will bring mentorship. We fill holes in the ecosystem by our digital skills training program, incubators etc. Ignite team is very excited and working on the aggressive targets’ set by the minister.

Mr. Ghazanfar Ali Country General Manager IBM Pakistan spoke about the collaboration of IBM with National ICT R&D Fund on the provision of development tools for funded projects/incubatees& learning tools for freelancers.  Pakistan is becoming good turnaround story. It’s heartening to see that IT Ministry is investing in right areas. The winners of today were trying to solve real life problems and it’s the people who change the world.