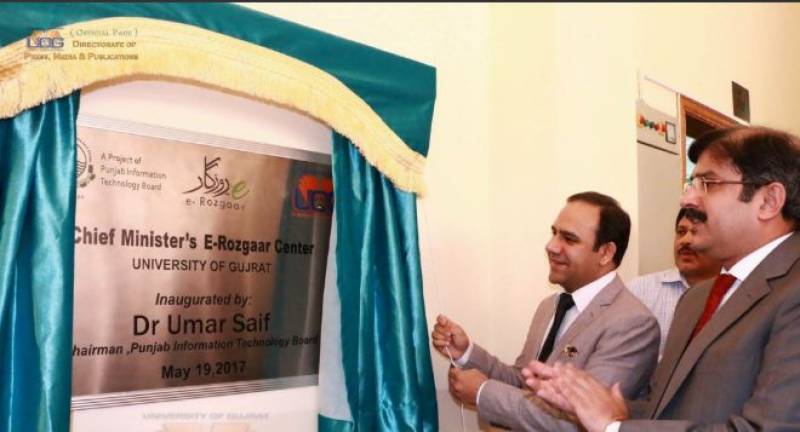 First Ever e-Rozgaar center launched at University of Gujrat

The first ever e-Rozgaar center was launched on May 19th, at the University of Gujrat, where Chief guest Chairman PITB, Dr. Umar Saif instigated the opening, after being welcomed by Dr. Zia-Ul-Qayyum, the vice chancellor of university of Gujrat, and he was more than thankful to the program, for choosing his university as the first center in Punjab. He also not only promised to outdo every other center in the province of Punjab but also promised to produce the finest freelancers Pakistan has ever seen.

Dr. Umar Saif announced, very proudly, it has to be said that there were more than 600 applications received from Gujrat, 260 were selected, out of which 159 were from the University of Gujrat. The aim is to create a self-sustainable freelancing community in Pakistan, via the three main course tracks, named mainly as technical, non-technical, and creative design.

The e-Rozgaar program is a joint project of PITB, and Youth Affairs, Sports, Archeology, and Tourism. The main aim of the scheme is to empower the youth through freelancing and earning online. In the very first phase, there will be around 10,000 candidates trained, in three different batches in one year. 40 training centers are being established in the 36 districts of Punjab, and it is also important to note that out of these 36 being established, 5 are meant for female candidates. 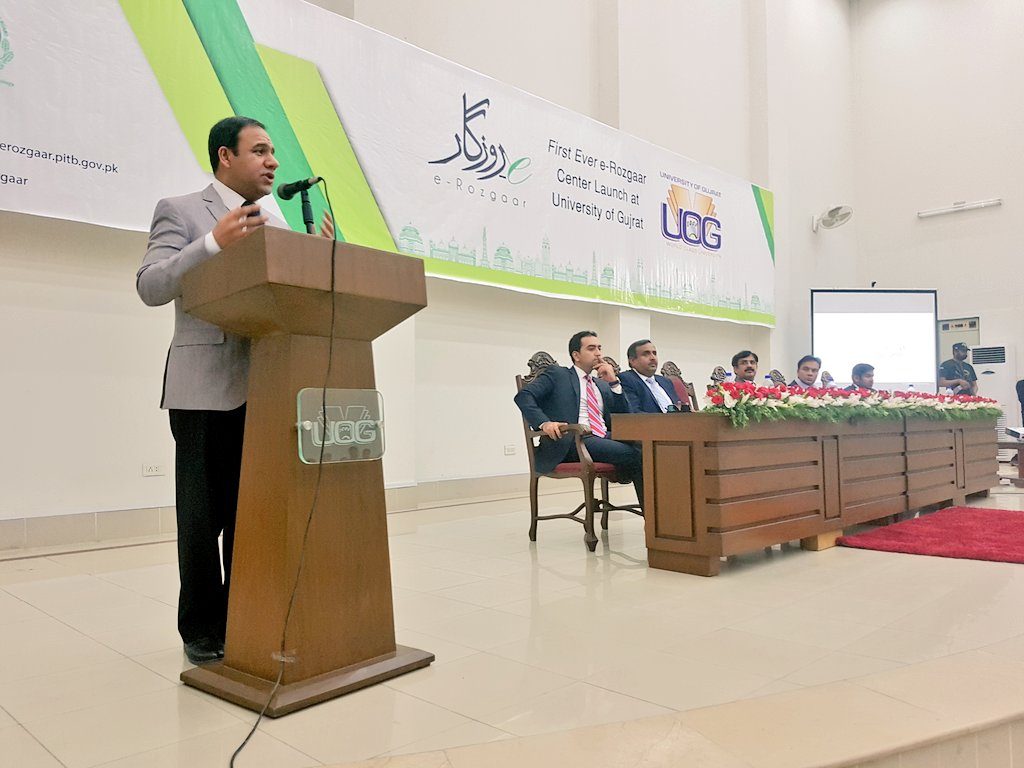 Dr. Umar Saif was very praise-worthy of the leading entrepreneurs in the world, as he was basically providing motivation for the youth to enhance their entrepreneurial abilities. The response that PITB received was also very positive, as there were 33105 applications that were registered from the young graduates.