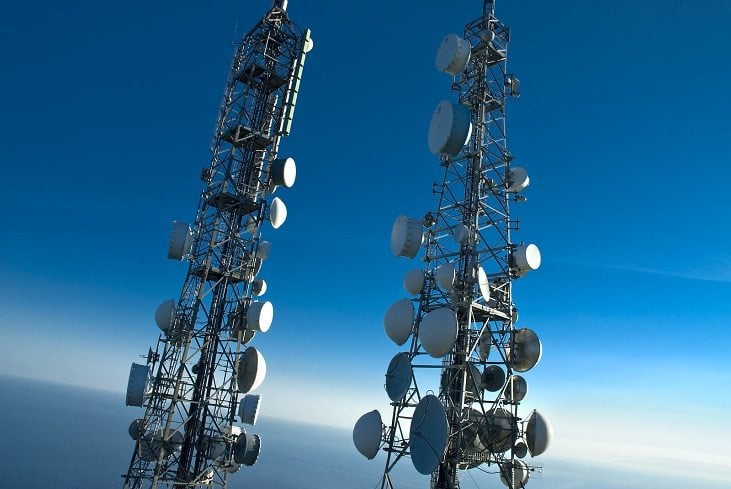 The overall revenues of telecom sector are expected to match or show growth in the full financial year as compared with the year 2016.

According to the Economic Survey of Pakistan,  The commercial launch of 3G and 4G LTE services has opened new opportunities for revenue generation for the mobile operators.

Development of new applications and data based services is enabled through 3G and 4G services, and the people of Pakistan are quickly availing  these new technologies and services.

According to a survey report,  during the first two-quarters of FY 2016-17 Telecom sectors has shown positive growth as the total teledensity reached 72.36 percent at the end of March 2017 compared to 70.81 percent at the end of last fiscal year due to growth in cellular mobile subscribers. 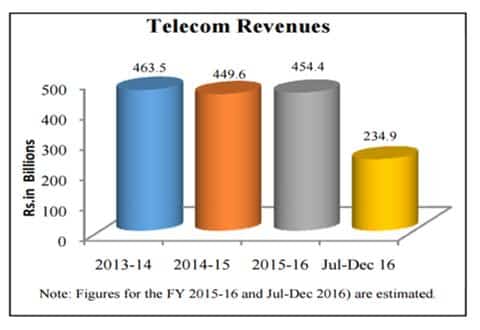 Telecom sector contributed estimated Rs. 53.76 billion to the national exchequer in terms of taxes, regulatory fees, initial and annual license fees, activation tax, and other charges, during the first two quarters of the FY2016-17.

According to Economic Survey of Pakistan, from July to December 2016, telecom operators have invested $287.6 million. The cellular mobile sector is the main driver behind this investment. And It has invested $262 million during the first two-quarters of FY2016-17.

The momentum that was started in FY 2012-13 for the up-gradation of telecom networks for 3G and 4G LTE services has continued, in terms of overall investment in the telecom sector.

The figures of State Bank of Pakistan (SBP)_ In contrast to the investment numbers provided by MoIT-showed a dismal situation of the foreign direct investment in the telecom sector. Even from July to April of 2017,  the FDI has not shown a positive but rather a negative trend of $82 million.

The investment numbers from MoIT and SBP differ due to the fact that the investment figures from the ministry also include investment done by individual companies not from their headquarters but, what they invested through their regular earning from the local market or investment made by borrowed loans from local banks. However, SBP’s figures do not take those figures into account.