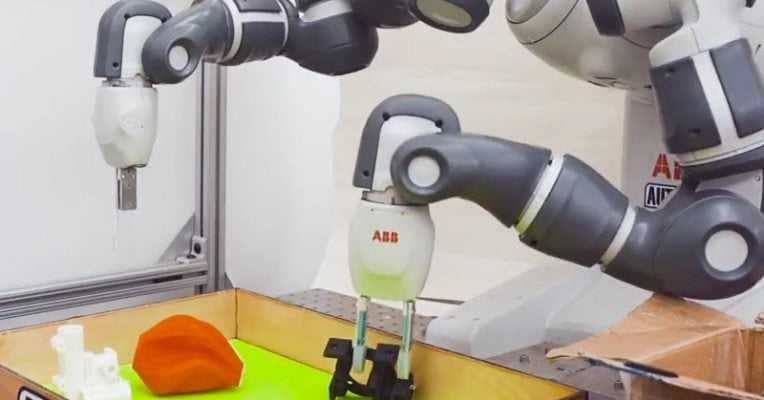 Robots do the things well by gripping the things for which they have been programmed through artificial intelligence,  but when some they face some unfamiliar shape that is to be gripped, they tend to choke. Through robots like Dex-Net which uses deep learning Al let a robotic arm improvise an effective grip for objects, it’s never seen before.

This system follows the idea that how we figure out how to pick things up. We see an object, understand its shape and compare it to other objects we’ve picked up in the past, then use that information to choose the best way to grab it.

Though Dex-Net does not have the advantage of being a living person with eyes and a memory,  its creators gave it more than six million artificial 3D representations of objects and had it work out the best way, to pick up each object even it has not seen before.  In fact,  the system observes an object, compares its point cloud to those in its memory and picks what it thinks is the closest fit.

The researchers presented Dex-Net with dozens of objects it had not seen before, and the grip that it chose only failed one time. That suggests the system despite being trained on synthetic data, is fairly robust in addition with, it comes up with its candidate grip in an average of less than a second.