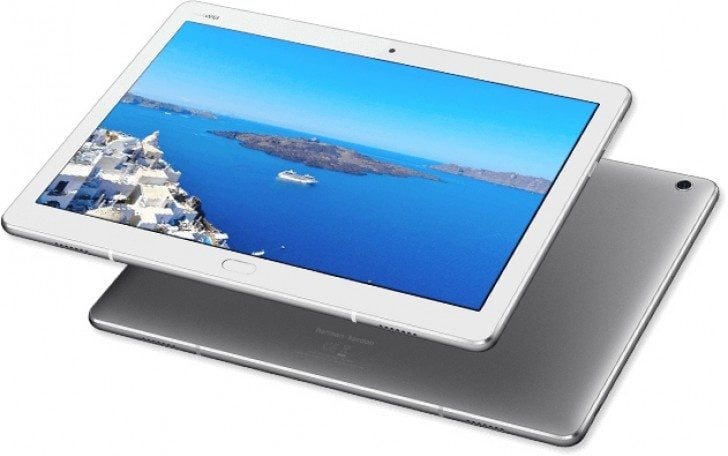 Huawei continues to make its mark with the MediaPad M3 Lite 10. As the name suggests that the latest addition to Huawei’s MediaPad tablet portfolio, the M3 Lite 10, packs a 10.1-inch 1920 x 1200 resolution display. A home button doubles as a fingerprint sensor below the display and an 8 MP sensor around the back. 8 MP front camera is also available for the selfie crazy people.

The tablet is too much light weighted to hold for a long time as it weighs only 310 – gram (0.68pound). The tablet relies on the older micro USB standard,  like a cost saving measure, that lets you not rely on Type-C when it comes time to charge the M3 Lite 10.

Qualcomm’s octa-core Snapdragon 435 and either 3 GB or 4 GB of RAM run the show Under the hood. Its RAM amount depends on the amount of storage you opt for –with 16 GB or 32 GB of native storage,  3 GB of RAM are available, while for the variant with 64 GB, 4 GB of RAM are reserved.

Even though on top of Android 7.0 Nougat,  the M3 Lite 10 runs EMUI 5.1, its four Harman / Kardon front speakers seem to be tablet’s claim to fame. Tablet’s orientation and whatever is on your screen get adjusted by M3 Lite 10’ssound output. However, it might be best to use it horizontally as the ratio of the tablet is given 16:9.

The M3 Lite 10 has already been launched in Poland, but it has officially surfaced its English-language official page. Since the tablet received FCC certification a few weeks ago, it could be another indicator of an impending U.S. launch.

TEVTA is going to set up First Technical & Vocational University

Lahore to be pioneer in the Ropeway Transportation