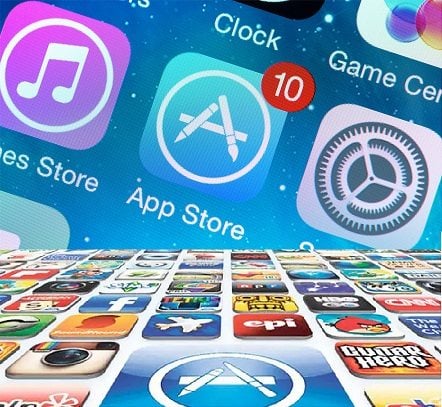 The app store is home to some of the most ground-breaking and creative apps around the globe. In the past year, downloads have grown over 70%.

Philip Schiller, Apple’s senior Vice President of Worldwide Marketing said. “People all over the world love apps and our customers are downloading them in record numbers,” said, He added, “Seventy billion dollars earned by developers is simply mind-blowing. We are amazed at all of the great new apps our developers create and can’t wait to see them again next week at our Worldwide Developers Conference.”

Gaming and Entertainment are the top downloaded categories According to the officials.

Furthermore, with the release of iOS 10, iPhone users have experienced creative ways to connect such as transferring Starbucks gift card to the friends by means of Apple Pay.

These statistics regarding the AppStore are exposed earlier than Apple’s annual Worldwide Developer Conference where developers from all over the world get together to know about the latest software update and upgrades on Apple products. Apple is anticipated to host 5,000 developers at its developers’ conference which is also set to kick on Monday, June 5 in San Jose, CA.On this occasion tech company is expected to release iOS 11, macOS 10.13 and many other products including new iPads.

In recent times Tech Company has also launched app development courses for students which are free of charge and easily available at Apple’s iBook stores.

While gaining important and critical job skills in software development this app teaches how to code and design a fully functional app.