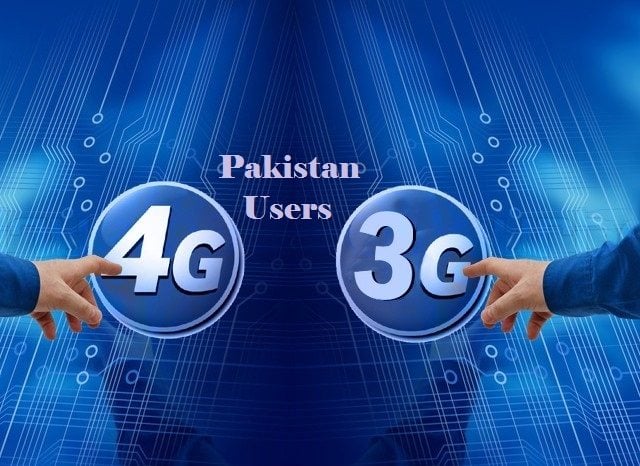 Thanks to innovation and progress of communication media,  the world has become a global village and the main role in the building up process of the global village has been played by the internet. The rate of increasing internet users can showcase the value of the internet in this global village. According to a report, Pakistan Telecommunication Authority has announced that by the end of April 2017, the number of 3G and 4G users in Pakistan has increasingly reached 40.568 million.

People are using the Internet not only to maintain their contact around the globe but also to get entertained by Facebook,  Twitter, nd many other sites.

In the month of March,  this number of 3G and 4G customers was 39.88 million,  and the increment in this number is the proof of the value of internet in the lives of the Pakistanis. The report also pointed out that the number of mobile phone users in Pakistan has touched the figures of 139.615 million by end of April,  which was 139.108 million at the end of March 2017.

According the report,  during the period of review,  PTA registered an increase of 0.5 million.

No doubt,  increment  in the number of internet users is the green signal to the digitalization of Pakistan, which is the dream of the current government.

Governments efforts in the building up of a digital Pakistan have also participated in the increment of the 3G and 4G users,  as government has announced free Wifi in various cities of Pakistan.

According to Pakistan Telecommunication Authority,

“29% of mobile phone users are now internet users as well. They were standing at 22% by the end of the previous fiscal year in June 2016”.

A couple of weeks ago, test of 5G services in Pakistan has also been announced .

Digitalization of Pakistan and ranking of the country is not far away as government of Pakistan,  and ministry of information technology and the public itself is doing their best to explore the world through internet and make its mark in the developed countries.

The new flagship HTC U11 is on sale in US