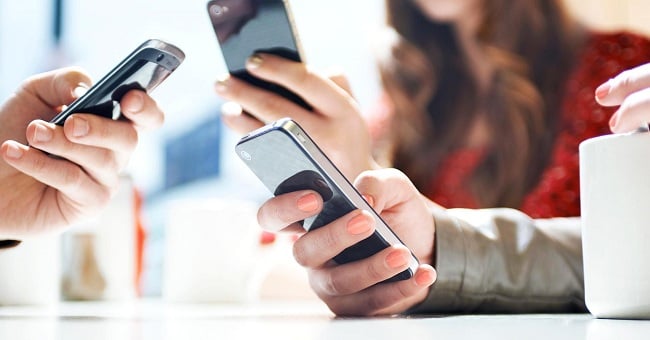 Keep your cell phones away from your body, warns Public Health Department

Keep your cell phones away from your body, warns Public Health Department. Recently CDPH issued a warning to public that they should maintain a safe distance to their mobile phones when it’s possible, to reduce the effect of radiation waves exposure.

The California Department of Public Health (CPDH) has issued alerts, according to which, these devices are transmitting radio and electromagnetic waves, that can be the source of short term or long -term effects on your health.

Although in recent times, Cell phones had become the primary means of communication in the society and revolutionized the communication system in the 21st century.

On the other hand, these mobiles can give an easy and efficient way to communicate with your friends and family but as they say “excess of everything is bad “so excessive use of these devices can also damage your health system.

The above mentioned warning was issued by CPDH after examining a civic document of CDPH Division of Environmental and Occupational Disease Control. It was published back in 2009, following an order of the Sacramento Superior Court.

In the process of sending and receiving signals from cell towers, Cell phones release radio frequency waves that can be a risk factor for mental and physical health concerns.

Just like US, the usage of cell phone has also been rapidly increasing in Pakistan in the recent years.

Our body absorbs the cell phone signals with respect to distance. A phone which is away from the body delivers hundreds of times less radiation to the body as compared to the one held against the your skin.

CDPH guide presents certain precautions and said that there are many ways to decrease these harmful effects.

When we talk about hazards of cell phones, several reviews and a couple meta-analyses had been performed over the past decade to sum up the research on this topic.

However, the Federal Communication Commission (FCC) had recommended that the cell phone users had to keep a bare minimum distance of 20 centimeters from their phone to considerably trim down radiation exposure.