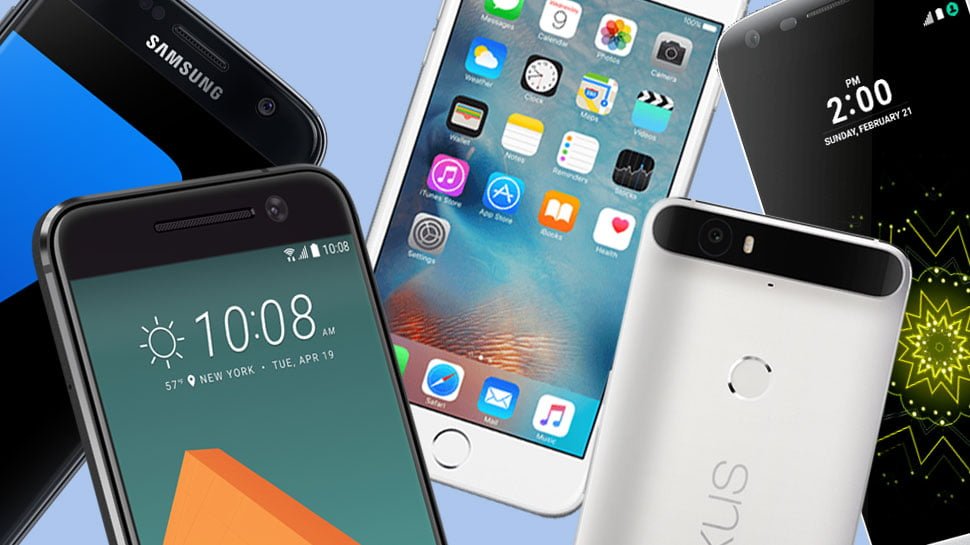 See the list of flagship smartphones of 2018 with their launch dates. We are living in a world where smartphone is turned out to be a necessity from luxury. And luckily we are surrounded with a bunch of smartphones brands in order to choose best one among all.

With the passage of time the pace of smartphone evolution is moving so fast that there’s always something new for us waiting in the wings. No sooner have we discovered the latest handset, then there’s anticipation of something else, the next big giant or latest innovative thing.

Here we’re presenting those phones that haven’t yet launched, but making their way in near future as they are most anticipated and flagship upcoming phones for 2018.

There is a good chance that HMD is finally launching the Nokia 9 at MWC 2018. The reason behind this early lunch seems that handset is considering giving tough time and wanting to compete with Samsung Galaxy S9 and S9+.

A rumor suggests that a future Nokia phone will have five camera lenses and will use a Snapdragon 845 chipset. It will have an all-metal body, while another source says to expect it to be IP68 certified, which would make it dust proof and water resistant to 1.5 meters deep for up to 30 minutes. Sounds amazing! 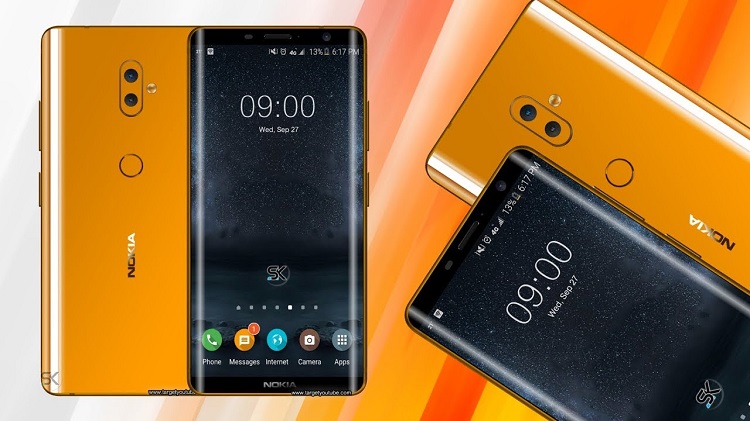 However, the most recent leaked image of the phone only shows the front, which indicates that the bezels are tiny and it contains a dual-lens front-facing camera. There’s no fingerprint scanner, so this is possibly on the back.

On the other hand, one rumor suggests that Nokia might go even further than a pair of dual-lens cameras, as a replacement for opting for five lenses. If so then let’s see what purpose they would serve and we’d take this rumor with a grave side of salt.

In recent times, Sony announced the XA2 and XA2 Ultra at CES 2018, in Las Vegas. Hopefully with these sets Sony Xperia X2, XZ Premium 2 will launch at MWC 2018, which takes place in Barcelona.

Must Read: Bitcoin drops below $6,500 while FIA recommends Government to declare Bitcoin as illegal

Apart from these sets, we’d believe the company is about to launch more phones.

Some rumors put forward that the XZ2 or XZ Premium will feature an ultra-fast Snapdragon 845 processor with two rear-facing cameras and a 5.48 in full HD 18:9 Display with IP68 waterproofing. 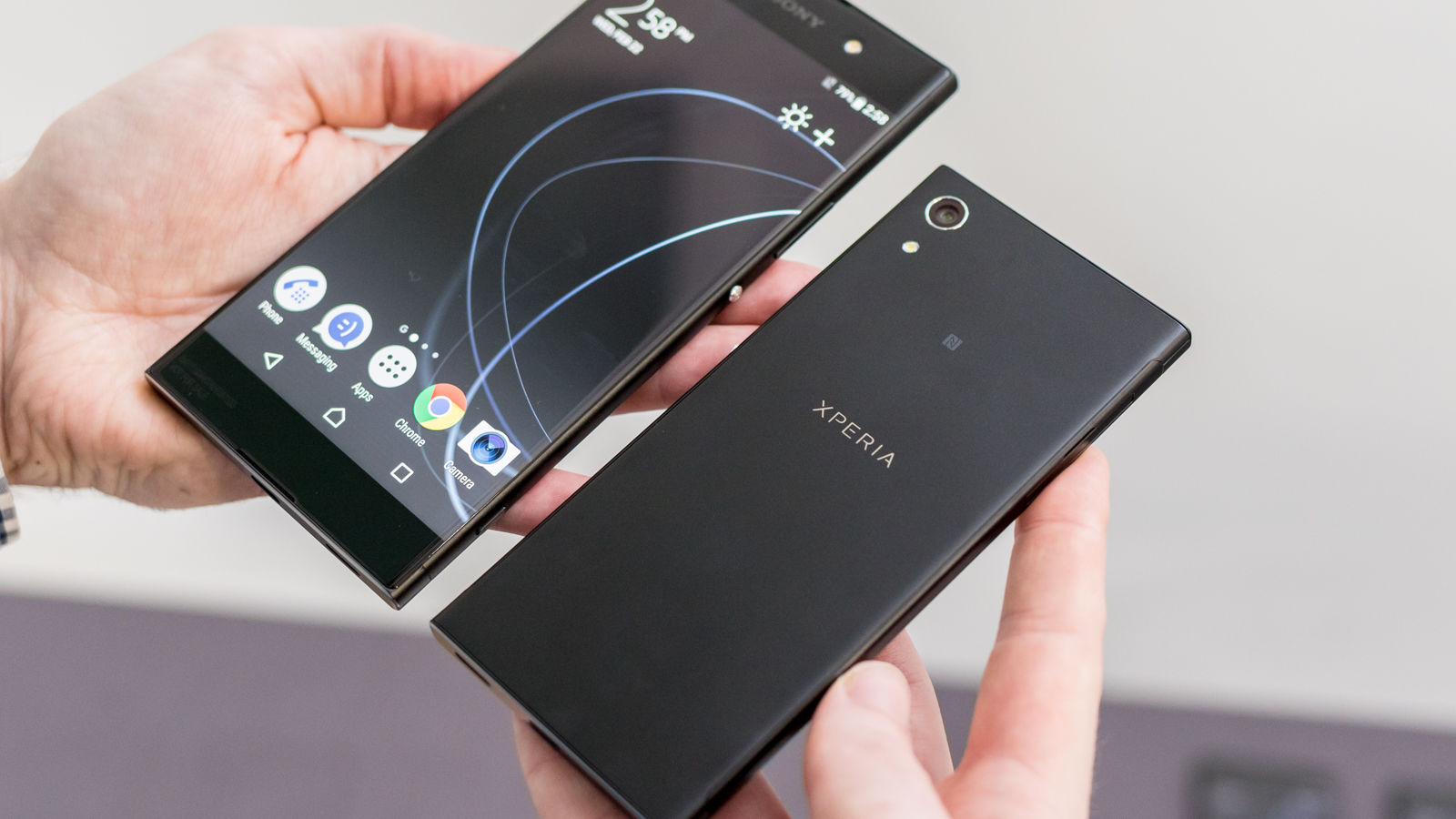 Samsung’s next-generation flagship is approaching us probably near to the spring, despite the fact that all signs point to a conservative upgrade for the Galaxy S9 following last year’s radical redesign.

It means we can expect Samsung’s curved Infinity Display to make reappearance, and the predictable upgrading to Qualcomm’s newest high-end processor, the just-announced Snapdragon 845. 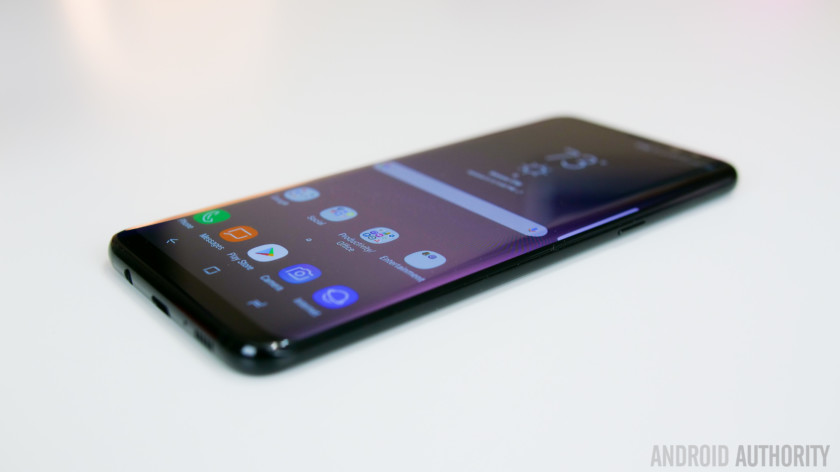 However, rumors also put forward that Samsung will take note of the complaints of critics and users alike and rearrange the rear-mounted fingerprint sensor to a more comfortable central position.

There is no reason to think the schedule will change for the G7 flagship set by LG, as LG is normally one of the first of the major smartphone makers to drop a flagship device every year. Although there aren’t many details to go on yet, even though the phone would launch in the early-to-mid spring if LG sticks to form.

However, one rumor said that LG is planning on beefing up its iris scanning tech for the 2018 version of its G series. A patent uncovered by Dutch site LetsGoDigital shows a front-facing camera skilled of switching between infrared and normal light, which would mean fewer components up top, potentially leading to a smaller bezel. 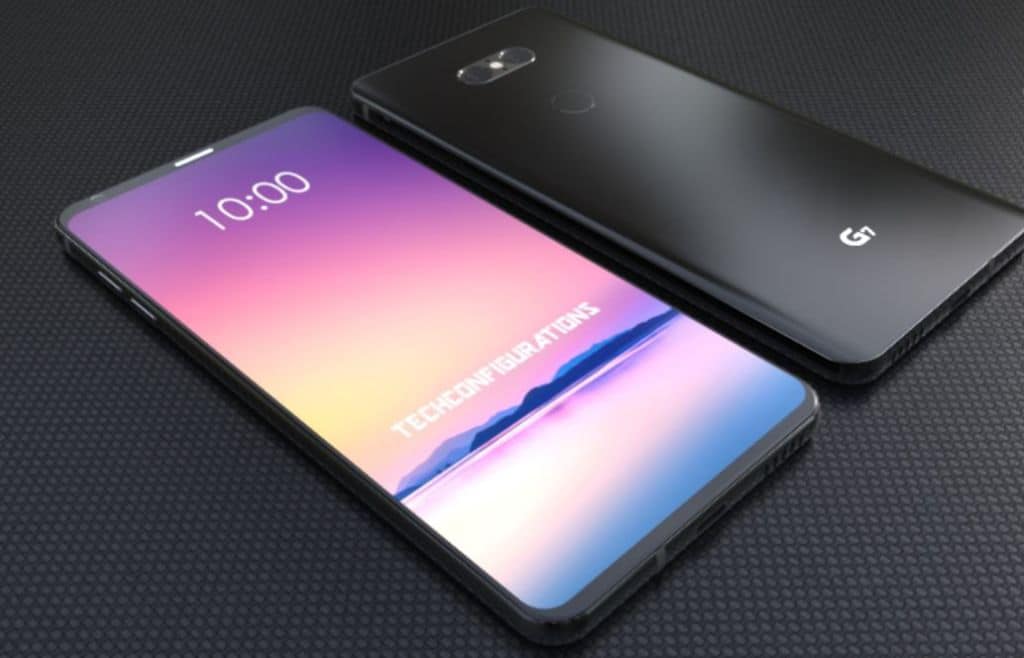 Earlier in 2017, LG was working directly with Qualcomm to secure its forthcoming 845 system-on-chip for the G7. This would be a major upgrade over the G6, as that phone came with a Snapdragon 821 processor and neglected the more influential and powerful 835, which make debut in the Galaxy S8 soon after.

On the other hand, we perceived that G7 will get an OLED display, after the recently-released V30marked the LG’s revisit to the screen technology in its mobile devices.

The flagship handset by Huawei P11 was rumored to come out at tech event MWC 2018. However, according to recent rumors, it seems that the P11 will launch in March or April instead of the recommended February launch date.

It will come with 5.8in IPS display with 3GHz octa-core Kirin 970. The flagship devise will feature 20-megapixel dual-lens camera with 3,200mAh non-removable battery. It is supposed that the handset will come with a fingerprint sensor at the back.

In first quarter of the year 2018 Huawei’s youth-focused budget brand Honor is bringing its next flagship to the U.S initially then there will be launch for the rest of countries.

The Honor View 10 will be utilizing the same Kirin 970 system-on-chip as Huawei’s Mate 10 and Mate 10 Pro and same Neural Processing Unit. 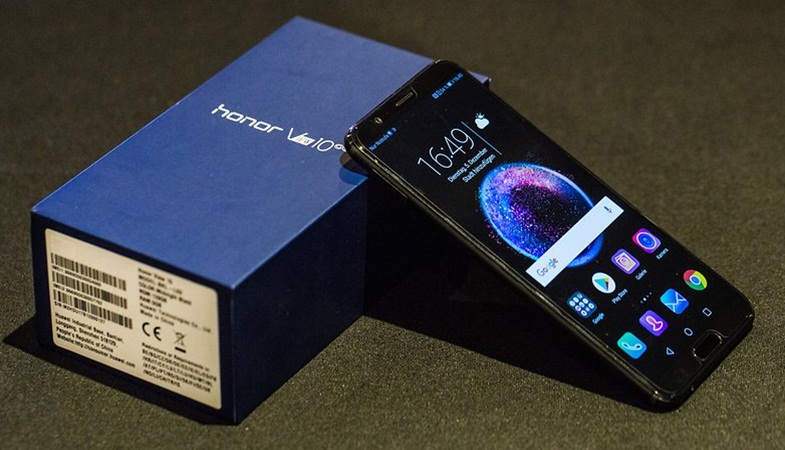 So, the phone’s dual cameras will be talented to recognize certain objects and scenes, like people and food, and automatically tune exposure parameters on the fly to bring the best possible shot.

It will have facial recognition as thanks to its AI system, for unlocking purposes, and allow it to run a faster, more influential version of Microsoft’s Translator app that can be run without the need for an internet connection.

The price range may come near to $500 for American customers, putting it directly in competition with the OnePlus 5T.

Although there’s extremely little known on the HTC U12, but after the release of the HTC U11+ and its 18:9 display, HTC is thinking to release a flagship phone with a dual-camera system about the back.

However, we’d hope for the best that U12 will feature the most recent processor, run on Android 8 oreo out-the-box and mark HTC’s stereo speakers.

If you remember that the HTC U11 was perhaps 2017’s best phone having the worst design. As, the matter of fact it was so dated, in fact, that the company was enforced to drive out a mid-cycle refresh in the form of the U11 Plus. So for the next flagship device LG should take some lesson from previous blunder. 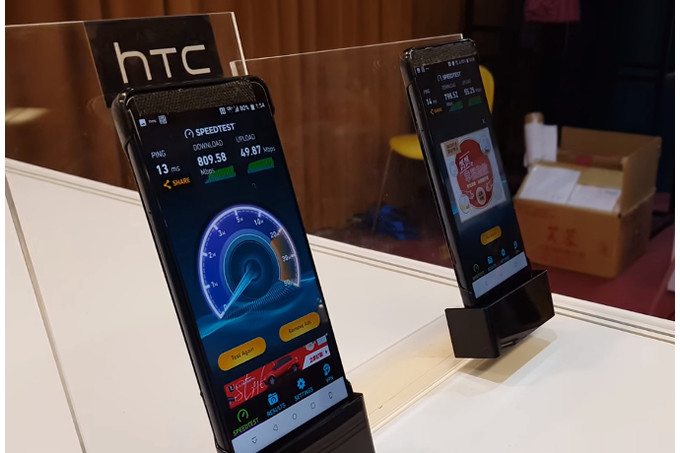 Early rumors and renders claim that G7 will use a similar full-screen design, but put in a second rear-facing shooter.

If the latter is accurate then U12 will be HTC’s first phone to sport dual cameras since its One M8 in 2014. Other possible upgrades contain a 4K display with wireless charging.

Here is most anticipated and innovative one! Since, every year we’re greeted with a brand new iPhone from Apple. The launch of its phones from previous couple of years has been at a dedicated event that takes place at Apple’s headquarters in the US.

For now, although there’s hardly any information out there about the new iPhone, but we’re pretty sure that Apple will release a successor to the iPhone X and its iPhone 8, 8 Plus line. 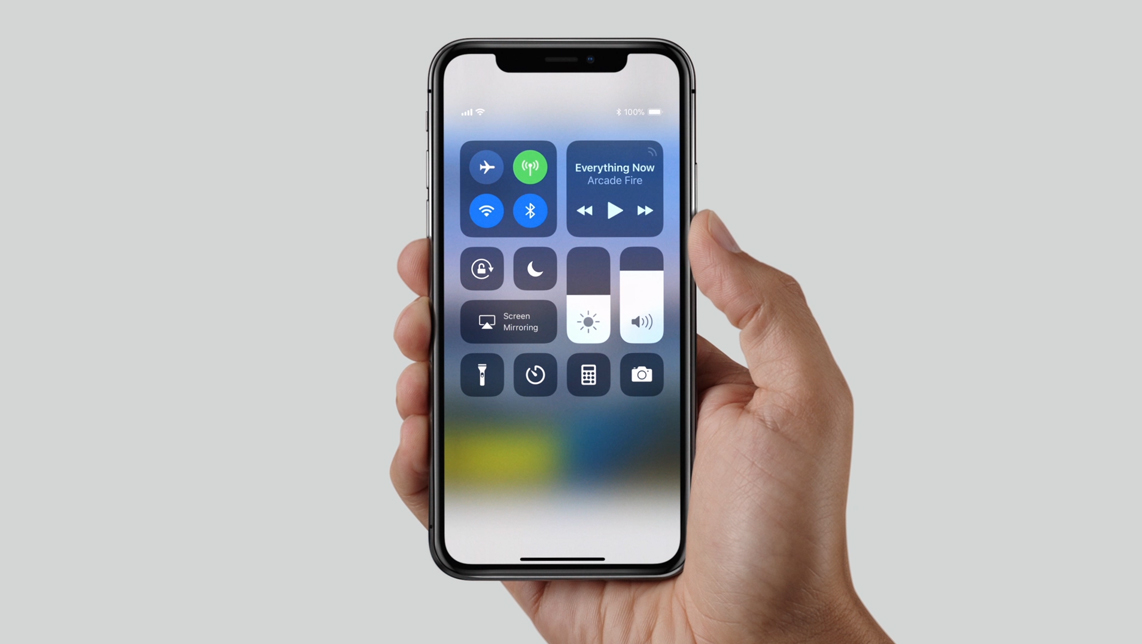 We are looking forward to a big price tag, wireless charging, Face ID and yet faster processor.

It seems most of the smartphone brands wants to launch their handset at the tech event MWC. So, wait for MWC 2018 which is going to happen in Barcelona in the month of February.

Bitcoin drops below $6,500 while FIA recommends Government to declare Bitcoin as illegal