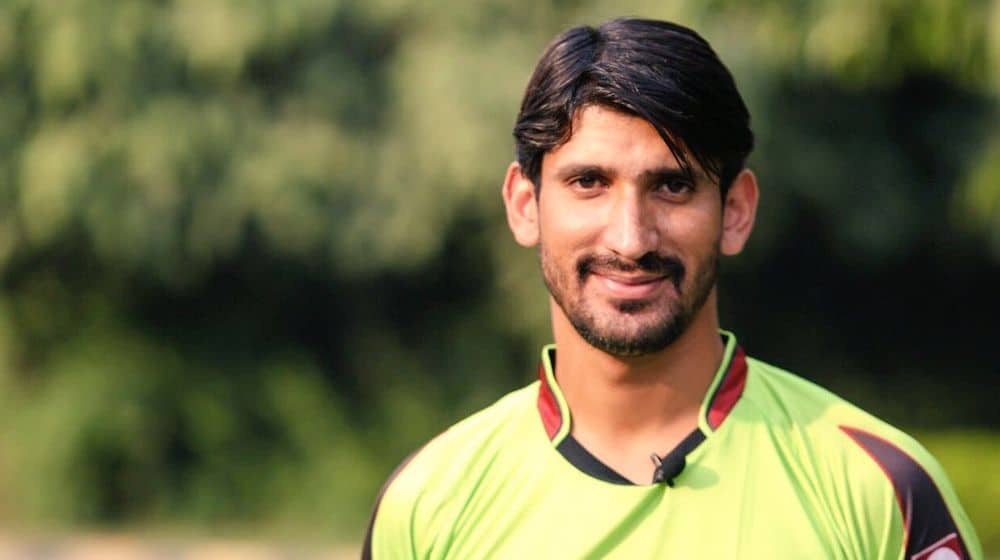 Shoib Akhter says this young player can break His world record. There is no doubt to the fact that Pakistan has given some amazing quality fast bowlers to the world of cricket. Who can forget the inspiring pacers, lethal ones like Waqar Younis and Shoaib Akhtar.

In recent times the talented bowlers Amir Khan and Hasan Ali added fuel to the fire, Hasan Ali who took the world by storm and earned his position in precision with line and length plus his skiddy pace bowling.

However, there seems to be another emerging talented bowler Salman Irshad who is making a great name for himself.

The Kashmir-born blazing pacer has been tipped to turn out to be the fastest of all by the world’s fastest bowler titled Rawalpindi Express Shoaib Akhtar.

Shoaib Akhtar has stated that Salman Irshad from Kashmir has the potential to break his record for the fastest delivery ever bowled. The compliment is huge.

Well, the legend himself who spoke highly of the raw talent brought forward by the talent hunt program conducted by Lahore Qalandars.

Must Read: See the list of flagship smartphones of 2018 with their launch dates

Shoaib declares that Salman has the speed and pace to bowl the fastest delivery the world will ever see.

“Salman Irshad from Kashmir has the potential to break his record for the fastest delivery ever bowled.”

It is important to mention here that Shoaib Akhtar bowled the fastest delivery (161.3kph) in international cricket against England in 2003.

It is worth sharing that Pakistan Super League (PSL) has developed a reputation of finding young and hidden gems of Pakistan cricket like Shadab Khan, Hasan Ali, Fakhar Zaman and Faheem Ashraf are all the products of the country’s premier T20 league.

However, the great efforts of PSL franchises, particularly Lahore Qalandars have to be valued considering the amazing young talents they’ve discovered in the past year or so.

Apart from these efforts, the franchise has groomed the players by sending them overseas to train and coach with Australia’s Sydney Sixers as well as throughout local tournaments.

The talent hunt has got some of the products for future of Pakistan’s cricket and find out the talented Salman Irshad, Shaheen Afridi and Rohail Nazir, the latter two have recently represented Pakistan U19s in the U19 Cricket World Cup in New Zealand.

All cricket fans including me are eagerly waiting for PSL3 as it would be really interesting to see how the pride of Kashmir fares in the PSL 3 as all eyes will be on him.

Some Factors predicting Startup Failure revealed by a study