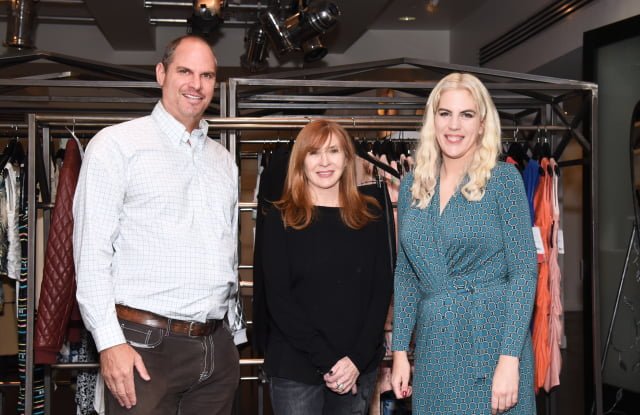 RevelGlam is a new company that does apply artificial intelligence alongside the image recognition to fashion forecasting. This new company has managed to get partnered with Nicole Miller for NYFW. The designer will be piloting the fashion-tech company’s software: photos from the brand’s NYFW show would be used for the prediction of the next wave of the fashion trends.

What is NYFW stands for?

NYFW  is abbreviation of York Fashion Week, that held in February and September of every year. It is a semi-annual series of events when international fashion collections are shown to the buyers, the press & the general public.

Namely RevelGlam the newly launched company is a “style-forecasting solution that helps the designers, retailers and the fashion industry professionals stay ahead of the trends and do gain an artificially intelligent edge over the competition,” according to the company itself. The very company was cofounded by Steve Eichner. Steve Eichner is known to be the veteran fashion and celebrity photographer. Daniela Kirsch who is a full-stack developer from Berlin, has also cofounded this company in partnership with  Steve Eichner.

How does the company go?

RevelGlam does utilise image recognition technology & cognitive computing so that the brands and the retailers are allowed to predict the trends and gauge demand.

Steve Eichner is of the view that their  platform does create a new layer of value from the celebrity and event photography.  He also does add saying that with a smart analysis of the trendsetters of the present, you can do build the business of the future. Words of Steve Eichner are enough to describe the bright future ser for the company by its cofounders.

RevelGlam does use insights from  the celebrity sightings and runway shows alongside the influencer activities as well as consumer behavior through image recognition technology & cognitive computing. Image recognition technology & cognitive computing will be allowing the brands and retailers to predict the trends and gauge demand.

Bud Konheim is also much more optimistic about the bright future of RevelGlam, as words that “company gives us a clear, and measurable look into the future”, of Bud Konheim unveil the truth of mindset of the cofounder of the company.

Bud Konheim is the chief executive officer of Nicole Miller. He is of the view that the world we are living in is increasingly dependent upon the data-optimized decision making, and he also says that the fashion industry must keep pace.