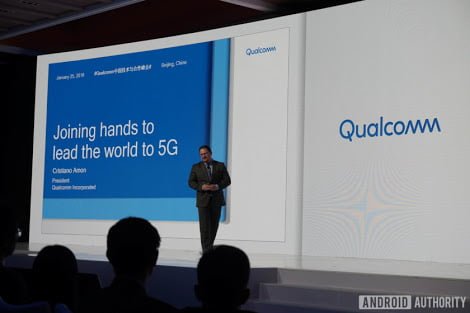 News
Home - News - Qualcomm to power 5G devices from LG, Sony and others by 2019

Qualcomm to power 5G devices from LG, Sony and others by 2019

Qualcomm to power 5G devices from LG, Sony and others by 2019. Since the approval of the first 5G standard two months ago, the industry has took its way in race towards the delivery of next-generation mobile data to the world. Being one of the participants of this race, Qualcomm could make two announcements a few days ago. These announcements by Qualcomm did show us that real-world 5G is almost here.

Qualcomm did first reveal a slew of consumer electronics companies. The companies shown by the Qualcomm were those that have committed to making 5G-ready mobile devices in the very start of 2019. To get that achievement focusing on   5G-ready mobile devices, these companies will use Qualcomm’s X50 5G modem. And the list of the companies with aim of 5G ready devices includes LG, Sony Mobile, HTC, ASUS, Xiaomi, ZTE, Netgear & more.

But it is most important to bring into notice that the carriers supporting 5G,  that you are thinking about are not ignored by the tech world and the good news is that Qualcomm has also announced these carriers. And 18 mobile operators from around the world would be testing 5G networks on the same X50 modem.

US participants do include AT&T, Verizon Wireless & Sprint, while the major players elsewhere such as Vodafone, Telstra, Deutsche Telekom, NTT Docomo & China Mobile are also on board.

Of course! there are some of the notable absentees including Huawei, (which has been the maker of its own chipsets, is missing) and Apple. That absence is no surprise, especially given the iPhone maker is embroiled in a legal battle (currently) with Qualcomm.

While on the carrier side, T-Mobile is not mentioned in announcement, although the Uncarrier worked with the chip maker in past on gigabit LTE.

All these commitments do still indicate that, at the very least, the brands has revealed that they will be racing to deliver 5G-ready devices in the next year.

With carriers such as AT&T already deploying mobile 5G in the test cities, it looks like we do not have to wait too much longer to get connected with  the next generation.

Like the happenings faced by 4G LTE, the 5G onslaught may also face many challenges and, we shall not expect the rollout to be widespread & speedy at first.