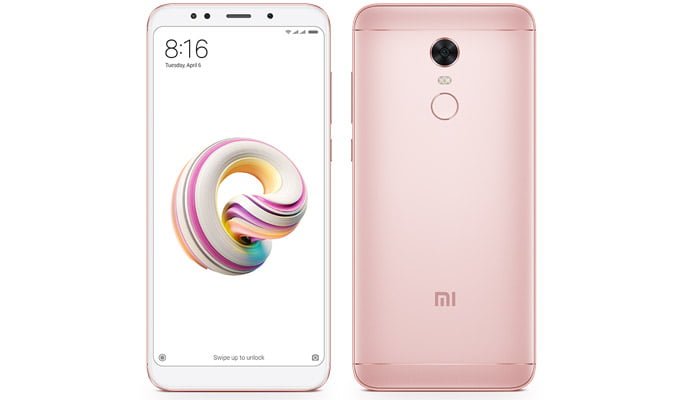 While Redmi Note 4, the predecessor of the smartphone remain one of the best-selling smartphones in the mid-range segment during the previous year. We can hope for the company best as it would be likely repeating the magic this year again with its coming devices.

The standard Redmi Note 5 offering an edge-to-edge display is a major upgrade from the previous year’s device.

The smartphone does look just like Redmi Note 5 Pro from the front, but their similarities do end there.

Contrary to its elder sibling, the smartphone does not have dual cameras at the back and it does supports last year’s chipset i.e. Snapdragon 625.

While the bright side is under consideration, the user has the option for 3GB or 4GB RAM just like that very Redmi Note 4.

Here are the different specs of the smartphone:

Must Read: This startup raises $25M led by GV to speed up customer support

Please note that prices may vary due to taxes & currency exchange rate.

Redmi Note 5 Pro is getting popular for being the most powerful of the two devices that feature a premium metal unibody design. Redmi Note 5 Pro features a large 5.99 HD screen with very slim bezels. And this almost bezel-less essential is a thing that I love much.

On the other side, instead of capacitative buttons, the company with Redmi Note 5 Pro has opted for on-screen navigation buttons with a purpose to provide the 18:9 screen aspect ratio.

Here are the specifications of the device:

Note: prices may differ due to taxes & currency exchange rate.

Initially, the company Xiaomi has launched its devices in India but we are hopeful to see them soon in the Pakistani market as well.