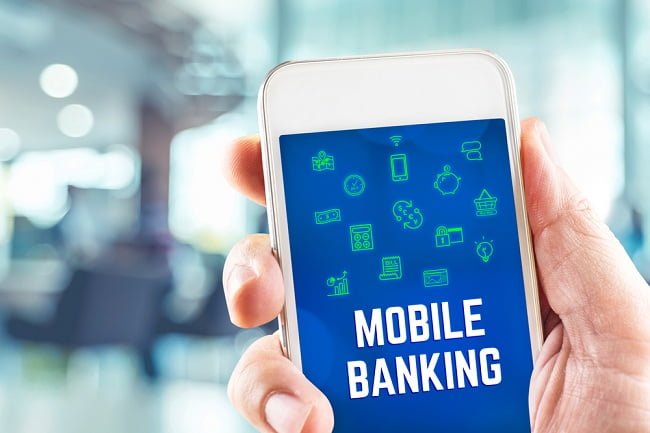 Banking service has always been somewhat associated with the upper income class. It’s a common perception that only a particular portion of society needs this service in order to put their money in banks, hold transactions and feel safe at the same time. Pakistan’s banking industry has developed a long way since the creation of Pakistan. Since 1947, Pakistan’s banking sector has come a long way. 12000 branches have been put up together to set banking network across Pakistan but despite of the amount, it is not sufficiently serving most of the population. This is quite evident from a fact that out of 182 million people (may be more than that as census took place a long time ago) residing in Pakistan, only 7% utilize bank services.

The swiftly growing population with a sluggish growth in the usage of banking services stimulated the dogmatic body of the banking sector, State bank of Pakistan to take steps beneficial for the fallow banking market. But how to fill the vacant spaces there? The huge proportion of Pakistani society belongs to middle or low income class and of rural areas, constituting 93% of the total population. So basically they should be the gap fillers. With this mission in mind, SBP seized the opportunity which crossed its way in the form of mobile banking i.e. banking through mobile phones.

Diverse forms of mobile banking exists in various regions of the world but what pakistan opted was one to one model. In this model, a link is set up between a telecom corporation and a financial organization, combined they tend to provide mobile banking service, adding to your comfort. Telenor and Easy paisa are the pioneers of this new setup in pakistan, which was established back in 2008. The service allows for regular banking transactions such as deposits, withdrawals, payment of bills, and so on to be done through mobile phones.

Telenor was followed by zong, ufone and mobilink who being the top telecom industries of pakistan established their own stage for mobile banking. The persuasion of Bigger networks got the stakeholders of the region to cross collaborate with each other in order to provide better services to the masses. Among all, government of pakistan is considered as the gigantic partner using cellular banking to make and receive payments. The service has made it convenient for the government and the employees as well, to give and receive salaries which no more require the post delivery or desk payments, the old talks now, particularly benefitting the rural workers. It also uses the platform to pay out social security payment such as Benazir Income Support Program, which accomplishes about 5.5 million families.

How here rises an important question. Is the main aim behind mobile banking being fulfilled? To what extent the lower income portion of pakistan is befitted or involved?

Statistics have revealed the success story of mobile banking in the above mentioned context. It has truly engaged the lower income class of pakistan in the unused banking market. The initial year of operation was marked by 41% of easy paisa. Easy paisa effectively made 41% and 70% users who belong to an income of $2.50 and $3.75 per day respectively.  When there is a thought that poverty and not having a bank account are directly proportional to each other, mobile banking offers a simple and easy facility to the low income ones and they welcomed the services without a second thought.

Money transfer service is the popular one amongst the low income class i.e they can send money to their families with an instant reception ensuring more security. According to SBP, Funds transfer facility accounts for 48% of transactions and 68% of the value of transaction in mobile banking.

Mobile banking has accomplished the mission which branch banking failed to achieve. Initially, 20,000 retail agents got affiliated with easypaisa but now the amount has made a long jump. 159,500 agents are currently working across pakistan through whom approximately 798000 transactions are carried out daily. So the wide acceptance of the new banking service is quite evident from these facts and figures.

Now let us look into the various forms of Mobile Banking in Pakistan and the comparison among the services they offer. Mobicash, Timepey, Easy Paisa, Upayments and Omni are the main players in the grounds of mobile banking. This article will help you in having a brief insight about all the services.

“Easypaisa”, a collaboration of zong with Tameer Microfinance Bank, holds the status of pioneer in the field of branchless banking in pakistan. It has spread its network in around 550 cities establishing 12000 outlets and is being widely used by most of the population. “it is indeed the most convenient experience of money transfer, my family gets the money on time”, a government employee shared his experience.

“Mobicash” by the partnership of Mobilink & Waseela microfinance Bank is serving its own ways in the market of mobile banking. It offers the simplest procedure to the people willing to carry financial transactions. Through mobicash  you can either pay your bills, transact your money within pakistan or even you can recharge your cell phones via Jazzload.

With Omni offered by United bank limited, you can now establish your own account in any of the UBL branch located within pakistan. It will enable you to operate that account via any of the various agents available i.e UBL Branches, mobile phone, internet or through UBL Call center.

Timepay is the the solution offered by the collaboration of Zong and Askari Bank in the new era of branchless banking, now recognized as one of the paced growing markets in pakistan. Timepey.It helps you to operate all your banking through mobile account. POS is the only one of its kind machine through which Timepey is demeanored in no time.  through the unique POS machine in no time. Not only does one get an instant message on their cell phones but also a printed receipt confirms their transaction. There are no extra charges for the Utility Bills’ Payment while even for the funds transfer the charges are the lowest in the market

And then came ufone after various innovative years and great efforts, it was able to emerge in mobile banking industry by the mutual support of Ufone & HBL, Summit Bank, Soneri Bank and Bank AL Habib.

Besides the facilitating quality of mobile banking for the general masses, some side opportunities have also been created. A research was conducted by Telenor Group and Boston Consulting Group in 2012 which predicted the emergence of approximately 1 million jobs by the year 2020. This is the best a country like pakistan can get out of it, where unemployment prevails.

Also, Government revenues have a clear chance of receiving an anticipated annual amount of US$2 billion in the name of establishing new business which can add upto 3% in Pakistan’s GDP growth.

Moreover, E-sahulat has been launched by government in order to disseminate the government salaries. It is being run by NADRA providing online payment collection facility for the general public as well as for organizations.

As a conclusion, I would like to say that Pakistan’s finance sector is getting a worthy contribution from the branchless system of banking. It is indeed playing a role of a game changer for the banking industry, exposing the unused market to all the sectors of society. Although commercial banks will suffer a minor loss resources will become lessened which were utilized for the maintenance. But along with this, it will prove to be more profitable for the banks due to the increased proportion of users.

Mobile taxation- a loss to the economy!