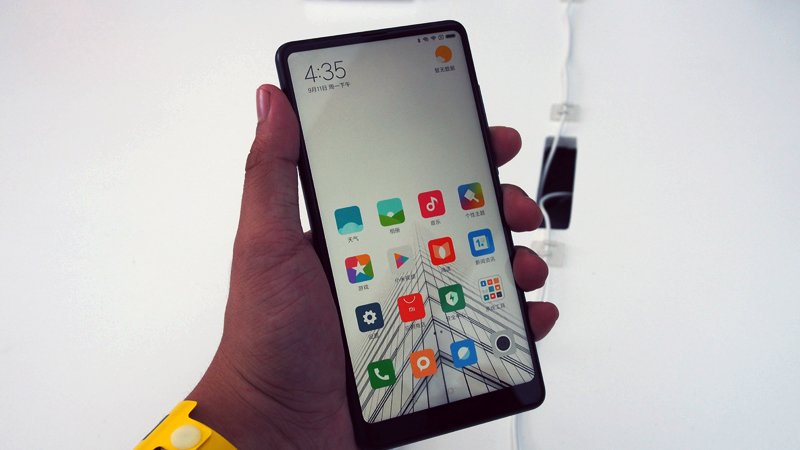 Xiaomi Mi Mix 2s with a Snapdragon 845 is the confirmed upcoming device from the house of Xiaomi. From the last couples of week we were getting the reports and rumors around that have hinted at an upcoming device from the house of Xiaomi. Most of the reports suggested that the company is working on the Mi Mix 2S which would be the successor to the Mix 2.

At that time, there was no solid proof on whether Xiaomi was really working on the device or not.

Now, in this regard we got evidence as Firmware files have confirmed that the Xiaomi is really working on the successor to the Mix 2 named Mi Mix 2S.

XDA-Developers reveal an exclusive report which shed some light on a few specifications for the upcoming handset because of firmware files. Moreover, the report claims that the developers confirmed the genuineness of the files as well as the truth that they were from the unreleased Mi Mix 2S.

According the facts given in files, Mi Mix 2S will be powered by a solid a Qualcomm Snapdragon 845 with a 3,400 mAh battery, Android 8.0 Oreo and that the software will also be Project Treble friendly and compatible.

Must Read: United Nations publications: Majority of Pakistani women are deprived of education

In addition to these specs, the upcoming device will hold an FHD+ display along (18:9 aspect ratio). According to the report, upcoming device is possibly to pack in some ‘AI-powered’ camera features, which could be comparable to what we saw in the freshly released Redmi Note 5 Pro.

According to facts of firmware files, the camera app will offer scene detection, a similar element that was earlier feature in the Huawei Honor View 10.

The developers also found binaries for a Sony IMX363 camera sensor in the reports. To inform you, the 363 is the successor to the 362 that found its way into the ZenFone 4 series smartphones, among others. However, no details are on hand yet on the latest and upcoming sensor.

Apart from all these features, the Mi Mix 2S will also feature a dual SIM slot, IR blaster and LED light for notification.

On the other hand, developers are still digging the firmware, so they can discover even more interesting facts in the days leading up to Mobile World Congress 2018 which is going to held in Barcelona .