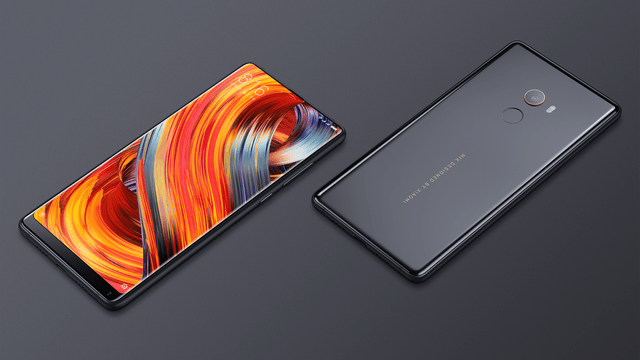 Leaks Xiaomi Mi Mix 2S to support Snapdragon 845 & 3,400 mAh battery. It was long enough after the launch of the Mi Mix 2 when rumors started flying around us suggesting that Xiaomi had been working on a new variant that is called the “Mi Mix 2S” having an iPhone X-like notch near the top of the phone’s display.

If you remember, these rumors were quickly shut down, but after a duration of few months, it would appear to all of us that a Mi Mix 2S is, in fact, in the work process.

Recently, the fine folks at XDA Developers has acquired firmware files for the Mi Mix 2S. Those files have confirmed not only that its codename is “polaris”, but those have also enable us to expect a lot of specifications for the device as well.

According to these files that have been acquired by the fine folks at XDA Developers, the flagship Mi Mix 2S will be shipping with Qualcomm’s Snapdragon 845 processor. It is also said that a large 3,400 mAh battery is coming with the device. Alongside all the other specs a display with an 18:9 aspect ratio & 2160 x 1080 resolution is set to reach out the device lovers.

According to the files leaking the specs of the device, Android 8.0 Oreo will be present on the Mi Mix 2S out of the box, & as such, there will also be support for Google’s Project Treble.

According to the other mentioned specs in the files, it is being said that the device will come with a dual-SIM support, an IR blaster, and some sort of AI camera tech that is quite similar to what’s found on the Huawei Mate 10 Pro.

As the design of the Mi Mix 2S is concerned, no words we have to say about, as that is still unknown.

The photos we saw in November 2017 were confirmed to be a regular Mi Mix 2, but it is not entirely unlikely that Xiaomi would adopt the notch for the phone.This is trend that more and more manufacturers try to mimic, and it is even something which will have native support in the upcoming version of Android.

Pricing & release date details for the flagship are also up in the air, but even so, the Mi Mix 2S is now shaping up to be another 2018 flagship that is worth a place on your radar.