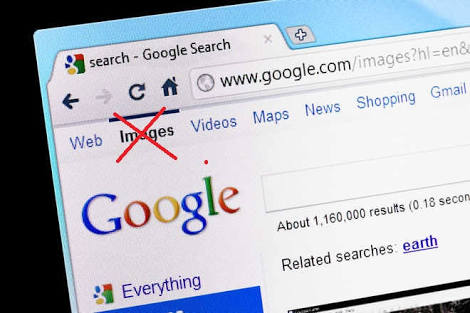 Google Image Search is getting a lot less useful this week as the removal of the “View Image” button takes place.

Sullivan admits that “these changes came about in part due to our settlement with Getty Images this week” and “they are designed to strike a balance between serving user needs and publisher concerns, both stakeholders we value.”

Earlier this week, Google & Getty Images announced a partnership while Getty withdrew its charges against Google.

Apparently, changes such as the removal of direct image links were part of the agreement.

Google Images focuses on the content of the image and does not do much to display the copyright status of its search results. With “View Image” button, it was easy for the users to go directly from searching to downloading an image without seeing or considering who owned that image.

Image piracy is a rampant thing on Internet and content creation firms such as Getty Images could see the “view image” button as promoting the image piracy.

On the other side, it makes Image Search less useful for the users, requiring extra clicks to get an image. Adhering towards copyright law is still the user’s responsibility, & a whole lot of images on the Web are not locked down under copyright law.

Must Read: Google Pixel 2 smartphones facing battery life issues alongside some other issue

There are tons of public domain & creative commons images out there, & lots of organizations are free to use many copyrighted images under the fair use. There are also many times when content on page would change, and the “visit site” button would go to a webpage that does not have the image Google told it had.

For users in want to stick with Google, the image previews we see are actually hot-linked images, so right clicking & choosing “open image in new tab” (or whatever is your equivalent browser option) will still get us a direct image link.

There’s also already an open source browser extension that is called “Make Google Image Search Great Again” which will restore the “View Image” button. But if you are looking to dump Google over this change, Bing & DuckDuckGo continue offering “View Image” buttons.

A Telugu character that crashes the iPhone costing the users of iPhone data, gets fixed by iOS 11.3