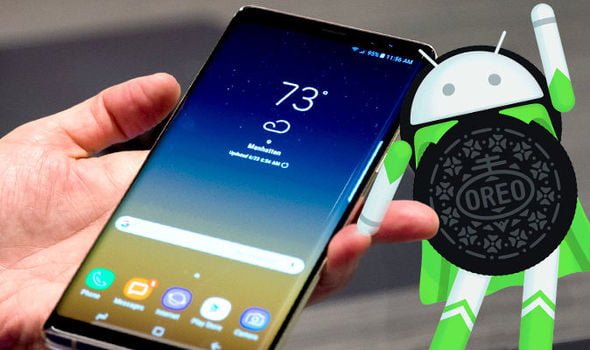 Samsung pulled the Android 8.0 update for its Galaxy S8 and S8 Plus smartphones after the short term roll-out.

The reason behind this move was some technical issue as update was reportedly causing some phones to reboot randomly.

Now Samsung has declared that it will roll out a fixed version of the update “as quickly as possible”. In a recent report Samsung said, just a few number of S8 and S8 Plus devices were affected by the update.

Moreover, the update was also not a global roll-out and was limited to a few European and Asian countries. It shows that the buggy update has not strike a majority of the users and those that previously have the pram software have no alternative but to wait for a fix from Samsung.

Must Read: PTCL partners with Islamabad United at PSL

On the other hand, the update which was released on 8 February did not include the support for Project Treble, which is probably due to hardware limitations.

What is Project Treble?

For your information, Project Treble is the most recent effort by Google to make sure that smartphone manufacturers can roll out updates without variant vendor-specific, device-specific and low-level software.

This differentiates vendor implementations from the Android OS structure, making the procedure of designing the framework based on the most up-to-date Android version ‘easier, faster, and less expensive for manufacturers’.

In other words, smartphone manufacturers should test the beta version thoroughly in order to get the desired result. So, the updates can run on all kinds of devices regardless of vendor and device-specific and low-level software.

Furthermore, rumours were flying around that Android Oreo would bring portrait mode for the front camera, but, that rumour was found to be false.