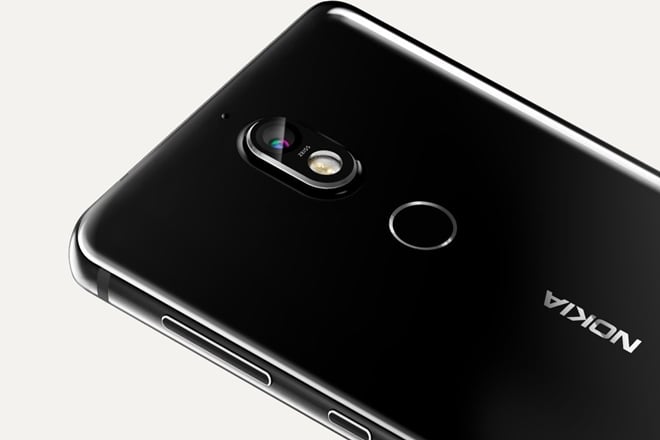 MWC 2018: HMD Global to launch a flurry of smartphones including Nokia 4

The Nokia brand licensee HMD Global is gearing up to launch a slew of devices ahead of the MWC2018 in Barcelona.

Among the anticipated new Nokia smartphones set to see the day of light at the event set for 25th of February, a new phone named “Nokia 4” has surfaced online that is most anticipated to become a part of the smartphone lineup.

Alongwith Nokia 4, HMD Global will also launch a flurry of smartphones such as Nokia 1, Nokia 8 Sirocco, Nokia 9, Nokia 7 Plus, Nokia 6 (2018), alongside the 4G version of the classic 3310 officially listed on the company’s Chinese website recently.

The launch of Nokia 4 at Mobile World Congress 2018 has been reported by Nokia Power User. According to the report, Nokia 4 is most likely going to replace the Nokia 3, launched at MWC 2017.

HMD Global has drawn criticism for the processor packed in the smartphone. Nokia 3 comes having a MediaTek 6737 processor with a price tag of Rs 7.499 in India.

Now, the company is planning to upgrade the processor in the new Nokia 4. As per some speculations, the smartphone will support the latest Qualcomm Snapdragon 450 processor.

The point to be noted here is that this is not the first time when a leak about the new Nokia 4 has been surfaced. Earlier, a mysterious phone was seen by an APK file for the camera application, which hinted that Nokia 4 can be in the works. According to the report, HMD Global could stop making the Nokia 3 altogether to have space for the upcoming Nokia 4.

Meanwhile, only a few days back, HMD Global launched Nokia 6 (2018) packing 64GB of internal storage and 4GB RAM in India. Nokia 6 (2018) is an upgraded version of the Nokia 6 which came with 3GB of RAM. You can get HMD Global powered Nokia 6 if you head on to Flipkart. The phone comes with a price tag of Rs. 16,999.

Airtel (on Monday) announced that it has paired up with Nokia to offer Nokia 2 & Nokia 3 – under the “Mera Pehla Smartphone” campaign aiming at bringing down the price of smartphones by Rs 2,000. Nokia 2 has been priced at Rs 4,999 whereas Nokia 3 is priced at Rs 7,499.

As of now, all of us have to wait for the MWC 2018 for the Finnish company to announce the devices. A press conference by HMD Global is ready to happen in Barcelona on 25th of February. Every other detail will be announced during the launch event. y.