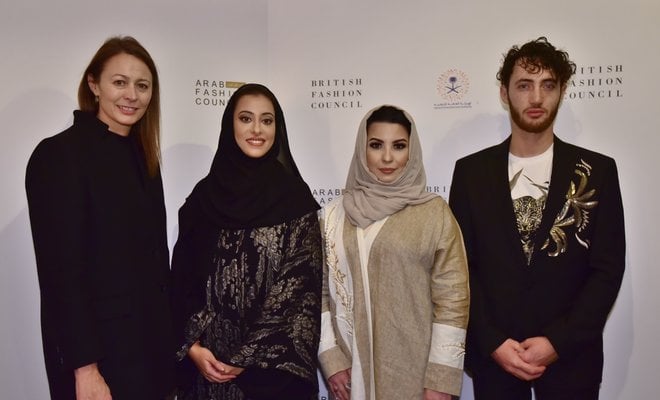 To be the host of its first ever Arab Fashion Week the next month, Saudi Arabia is all set. The event would work as a push to support aspiring Saudi designers and would drive growth in the sector, according to the reports from Arab News.

The honorary president of the Arab Fashion Council (AFC) “Princess Noura bint Faisal”, has announced this event to held while she was addressing a small group of industry insiders and journalists in London on Monday morning.

The fashion show is being organized by the AFC and it will take place from March 26th to March 31st at the Apex Center in Riyadh.

Princess Noura is of the view that the event would be open to designers from all over the world and this event is only the beginning.

While Layla Issa Abuzaid who is Saudi Arabia country director at the Arab Fashion Council, says: “By launching the first Arab Fashion Week in Riyadh, we are aiming at more than to organize a world-class fashion event. We believe that to promote the fashion sector will support other economy sectors such as tourism, hospitality, travel and trade. Our fashion sector is among the fastest growing in the world.”

The AFC aims to unite 22 Arab countries under one umbrella, and it has recently launched its regional office in Riyadh.

Saudi Fashion designer Arwa Al-Banawi is a regular exhibitor at Paris Fashion Week and now has been eagerly anticipating the day when she can showcase her designs to an international audience in her own country Saudi Arabia.

She says that Saudi Arabia is becoming more & more developed and “I’m seeing a lot of Saudi designers following their dreams”, she believes that it’s a very special time for female empowerment and for the world to see the beautiful creative talent in Saudi Arabia.

She also says that she can’t wait to have her first fashion show in Riyadh. She is really excited that this is finally happening in her own country.