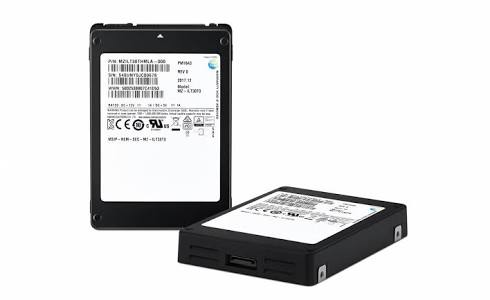 The world largest-capacity SSD by Samsung is expected to be highly expensive. Tech companies are constantly looking to be trying to outdo each other as they are racing to make storage drives with ever-increasing capacities. In the world of the solid state drives, thd South Korean tech giant Samsung has just unveiled the largest of the world SSD. Samsung’s drive boasts a massive 30.72 terabytes of space.

Samsung does define the PM1643 as “the largest capacity Serial Attached SCSI (SAS) solid state drive of the Industry.” While it will be an ideal solution for our ever-growing steam library, the SSD has been designed to be use in next-generation enterprise systems.

The successor to the last year’s 15.36TB enterprise PM1633a SSD, the PM1643 has been comprised of 32 1TB NAND flash packages. Each of these has been made up of 16 stacked layers of 512Gb vertical NAND chips. The company said that there is enough room on this very device to store around 5700 full HD movies at 5GB each.

Samsung’s SSD drive also comes with a new controller, this new controller does integrate nine main and sub controllers that are used in previous SSDs. It does feature Through Silicon Via ( TSV ) technology to interconnect 8Gb DDR4 chips, that create 10 4GB TSV DRAM packages totaling 40GB of the DRAM.

At the time of writing, there is no word on price or availability for the drive, but we can expect it to be very, very expensive, seeing as the older PM1633a 15TB model, that is around $10,000.

Back in the year 2016, Seagate said that it had built a 60GB SSD that would be released in the year 2017, but this very demonstration technology still is not available to buy.