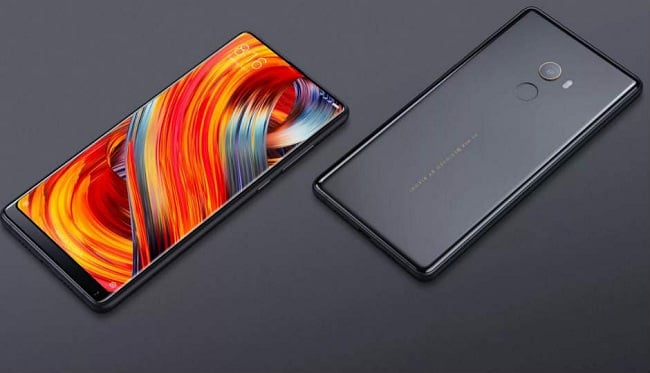 Mobile
Home - Mobile - Latest leak: the Xiaomi Mi 7 may launch with an OLED Panel and an always on display feature

Latest leak: the Xiaomi Mi 7 may launch with an OLED Panel and an always on display feature

Latest leak the Xiaomi Mi 7 may launch with an OLED Panel and an always on display feature. Recently an unnamed high-level employee with Xiaomi had confirmed to Android Headlines that the company won’t be revealing the Xiaomi Mi 7 at the Mobile World Congress (MWC) 2018.

According to the most recent leak, the company may launch it in the month of April or May. However, the rumors are overflowing with more information on the smartphone. There are some major key features which are revealed based on leaked firmware files of the Xiaomi Mi 7 that are exclusively accessible for XDA Developers.

The information reveled by firmware files shows that the Mi 7 is powered by Snapdragon 845 and it will run on Android 8.0 Oreo savored with MIUI 9. Moreover, it also has support for Project Treble.

Must Read: GREE & Eco-Star are the main sponsors of Lahore Qalandars in PSL 2018

According to rumors, the Mi 7 will be arriving with 6-inch OLED screen which is supplied by Samsung.

Most impotently, the revelation of Firmware files shows the Mi 7 is going to be the first phone from the company to turn up with Always-On Display, a feature that is simply for those smartphones having OLED screens.

Furthermore, in firmware files it has been also found that the Mi 7 will feature dual cameras like its predecessor.

Now talk about battery specifications, firmware files have exposed that the Mi 7 is packed with a 3,170mAh battery. A bit smaller than 3,350mAh battery that powers the Mi 6.

Interestingly the publication is not totally confident that the firmware files truly belong to Mi 7. However, it is highly recommended to digest this report with a touch of salty leak. The reason behind it is that there are no straight references to Mi 7 or its nickname in the firmware files.

Although, the Xiaomi Mi MIX 2S and Mi 7 are the two alleged devices that are driven by Snapdragon 845 chipset. The firmware files of the Mi MIX 2S that had floated up in the earlier week which had approved references for the codename of the smart phone. Therefore, it is supposed that the recently found firmware files belong to the Mi 7 flagship.