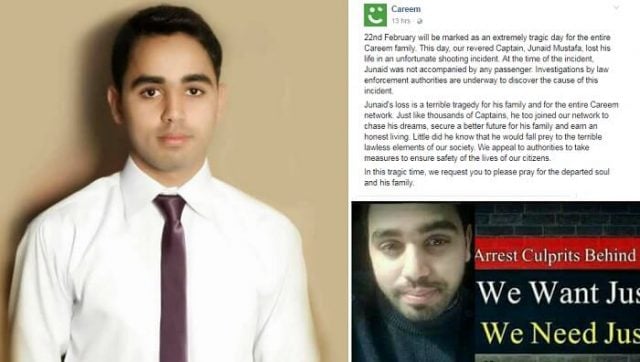 Junaid Mustafa, who was a Rawalpindi resident, had been driving for the ride-hailing service Careem for the previous three months. He was murdered by a passenger named Atta, who booked the ride from F-11 Markaz in Islamabad at around 2:35 am on February 22.

According to the police, Mustafa was found dead in Street 79 of sector G-13/1 a while later. The passenger Atta who was robbed, shot in Mustafa’s chest and left arm multiple times with a 30-bore pistol, while his right hand and arm were also injured.

On the other hand, apart from his Suzuki WagonR and its registration book, the gunman also took his two mobile phones.

On Saturday, Islamabad Police arrested a young man who supposedly killed a Careem captain and snatched his car near G-13 on Thursday. Attaullah, 25, tried to snatch car at gunpoint and when Junaid Mustafa, the 26-year-old victim, tried to resist him the snatcher opened fire. That turned out to be the brutal death of Careem caption at the spot.

Police briefed the media on Saturday afternoon that Atta was the one who booked the cab next to Shaheen Chemist in F-11 Markaz at around 2:35 am on Thursday and told the captain to go to G-13. 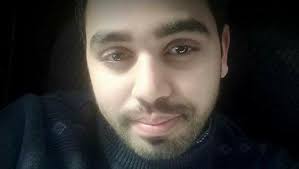 “When they reached a service road in G-13, Atta told Junaid to get off. The suspect tried to force the captain out of his vehicle but the captain resisted upon which the suspect opened fire and killed him on the spot,” said SP-Investigation Sheikh Zubair Ahmad.

Then a security guard who had heard the gunshots informed the police. When Police reached the site they found Mustafa lying in a pool of blood in the center of the road.

According to guard, a car had sped away after the shooting him three bullets to his chest and left arm.

The victim was recognized via his identity card and the family was traced down in Rawalpindi who informed the police that he drove his car with online ride-hailing service Careem.

Although the company has said that there was no passenger with Junaid at the time, the police have claimed that the robbery and murder took place during the ride.

“Yes, he was killed during the ride. The same passenger who booked the cab killed him,” a police officer said, adding the WagonR car was then taken to Charsadda in Khyber Pakhtunkhwa.

Moreover, the officer also claimed that the ride continued even after the robbery-murder.

According to police, the suspect was tracked down via the mobile number he used for booking the ride. He was allegedly arrested from Tarnol near Islamabad, where he used to live with his parents and siblings.

The suspect delivered the car somewhere in KPK and returned to his home in Tarnol. However, the car has not been recovered yet. Police said.

Careem also issued a statement on Saturday stating that they were working directly with the police on the case.

“We have shared important data and insights, which will have led to major developments in the investigation process and will help in bringing culprits to justice.

We will continue our follow up and use all legal resources to ensure that the case comes to its logical conclusion,” the statement said.

Furthermore, it said the company was in touch with sufferer family and would be taking sufficient steps to protect its captains and customers from any potential crime.