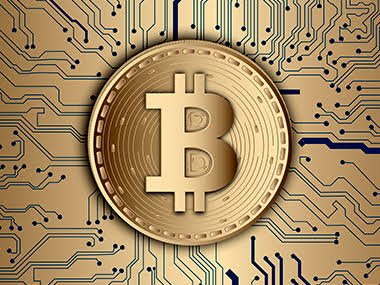 Early this month, Bitcoin doubles in value from low hit of 2018

Early this month, Bitcoin doubles in value from low hit of 2018. On Tuesday, Bitcoin achieved a three-week high, while it could surge by almost 100 percent from its lowest level during the current year, as recovery of bitcoin remain continued after the financial regulator of South Korea did ease its stance on cryptocurrencies, after weeks of following its consideration regarding a shut down on digital currency exchanges.

Most of the analysts have cited Yonhap, the South Korean news agency, which has reported the governor of the Financial Supervisory Service, “Choe Heung-Sik”, as stating that the South Korean govt will be supporting trading of cryptocurrencies in case the “normal transactions” are made.

However, the reports made by Yonhap are not verified by other reporters.

According to the statement made by the managing director at online brokerage UFX.com, located in Limassol, Cyprus, Dennis de Jong, Tuesday morning’s reports that the South Korean govt are softening their stance gave traders confidence to buy, while the threat of heavy regulation, or even a complete ban on exchange trading, has hovered over bitcoin in the previous weeks.

As locals, South Korea has pushed for extensive regulatory supervision of cryptocurrency trading, including all those housewives & students that have entered the market despite inherent risks & various warnings from policymakers all across the world regarding a bubble.

Lastly, Seoul said it had been considering a shut down on local cryptocurrency exchanges, driving the market into turmoil & affected bitcoin prices. Later, the Officials clarified that an outright ban is just one of the steps being considered, and a final decision is yet to be made.

Must Read: Research: Automation to be turned into devastation by maliciously used AI

The current year, including the incidence of hacks on exchanges, bitcoin is being pressured by a series of regulatory initiatives across the world.

The most recent bitcoin hack happened a few weeks ago when approximately $532.9 million worth of digital money got stolen from Coincheck (a cryptocurrency exchange based Tokyo, Japan).

Other of the digital currencies recorded mixed results, which diverged from bitcoin. As per coinmarketcap.com, a cryptocurrency price tracker, the 2nd-largest cryptocurrency in term of market value, Ethereum, was down by 1.3 % over the last 24 hours at $935.02, while Ripple, the 3rd-largest, dropped by 1.6 % to 1.13 US dollar.

Research: Automation to be turned into devastation by maliciously used AI

Time to redefine ‘smart’ in the evolution of the smart phone era;AI all set to fuel sustainable and innovative growth