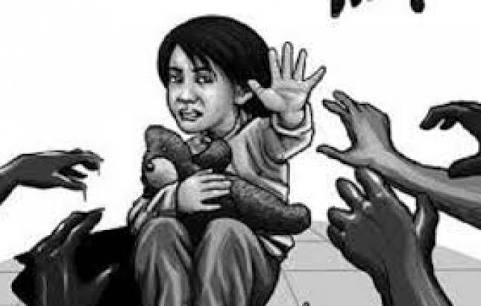 The alleged administrator of the international child pornography racket is employed youth from Kannauj in Uttar Pradesh.

Officials say that the CBI, (having registered a case of alleged violation of Information Technology Act) carried out searches at five locations in Delhi, Mumbai & Noida and Kannauj in Uttar Pradesh.

The arrested alleged administrator of the racket is Nikhil Verma. He is the son of small worker in a jeweller. Nikhi Verma is  pursuing his graduation in commerce and is currently unemployed.

CBI came to know during the investigation that there are 119 members of the group “KidsXXX”. The officials told that all the members were getting these pornographic pictures & videos to satiate their perverted lust.

The officials said that the agency worked merely on the basis of field work of obtaining corroborating evidence.

As per the officials, accessing, producing, recording, uploading or circulating child abuse videos or picture are the serious offences under IT Act. And offences of such kind attract a punishment up to 7 years and a fine of Rs. 10 lakh.

Not only in India, rather the members of the group spread all around the world. The US, China, New Zealand, Mexico, Afghanistan, Pakistan, Brazil, Kenya, Nigeria & Sri Lanka are among other countries.

The CBI has recovered mobile phones, laptops, and hard discs alongside the other digital devices during the searches.

Along with Nafees Reza & Zahid of Delhi, Satyendra Om Prakash Chauhan of Mumbai & Adarsh of Noida Verma was also booked.

The agency had been acting on its own intelligence toiled for nearly 3 months. CBI did not use any WhatsApp surveillance, to track down the accused.

According to the officials, sleuths travelled to localities from where IP addresses of the computers & mobile phones used to upload and circulate child pornography videos which is a heinous offence under the law.

Alongside the behavioural analysis, a thorough background check was done by the agency based on local inputs of the suspects before proceeding to any act against the arrestees.

Investigation has not ended and the other members either in India or abroad, is targeted by the agency with the continuous investigation.

Qualcomm’s new series to bring on-device AI, camera improvements in the 1H of 2018