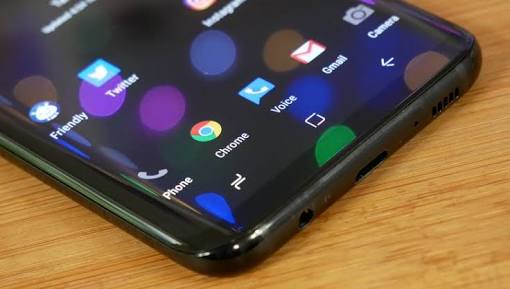 Samsung gets extended partnership with McAfee for protection of Galaxy S9, Note 8 & more

On Tuesday, McAfee, which is the global cybersecurity firm, extended its partnership to protect Galaxy Note 8, Samsung Smart TVs, PCs and notebooks from cyberthreats alongside the Galaxy S9.

The partnership programme was announced at the ongoing Mobile World Congress  abbreviated as MWC.

McAfee provides the backend infrastructure for the Samsung Secure Wi-Fi, and as per the partnership programme Samsung’s Galaxy S9 and Note 8 devices will come pre-installed with anti-malware protection by McAfee “VirusScan” and Samsung “Secure Wi-Fi”.

John Giamatteo, who is the , Executive Vice President, Consumer Business Group of McAfee, does say that people are using connected devices and many more places than ever before, and it has “never been more important to have safeguard their online lives”.

Giamatteo adds to his words saying that, in a time of added vulnerabilities and threats, we are not less than proud to strengthen our partnership with Samsung. He said that the purpose of this partnership is to offer customers utmost peace of mind.

Must Read: Qualcomm’s new series to bring on-device AI, camera improvements in the 1H of 2018

It is worth to mention that the previous year,  the cybersecurity firm McAfee had announced that Note 8 will be coming pre-installed with “Secure Wi-Fi” for the US market.

The very feature is now being extended across Europe. So from now on, Note 8 owners can update their software through the Operating System (OS) update.

“McAfee Security” is the global cybersecurity firm that scans the apps that run on Samsung Smart TVs to identify & remove malware.

Also the worth mentioning point here is that “McAfee LiveSafe”, a firm which offers cross-device security, has been extended to the entire Samsung’s 2018 PC & notebooks line-up.

Do you know about the firm McAfee?

Let me make it clear for those who don’t know about it. Actually McAfee, Inc. is an American global computer security software company. This company has been headquartered in Santa Clara, California. The company  does claim to be the world’s largest dedicated security technology company. And now the company has extended its partnership with Samsung.

While Samsung is a South Korean multinational conglomerate. It is headquartered in Samsung Town, Seoul. Samsung comprises several affiliated businesses, most of them united under the Samsung brand, & also Samsung is the largest South Korean chaebol.

Qualcomm’s new series to bring on-device AI, camera improvements in the 1H of 2018