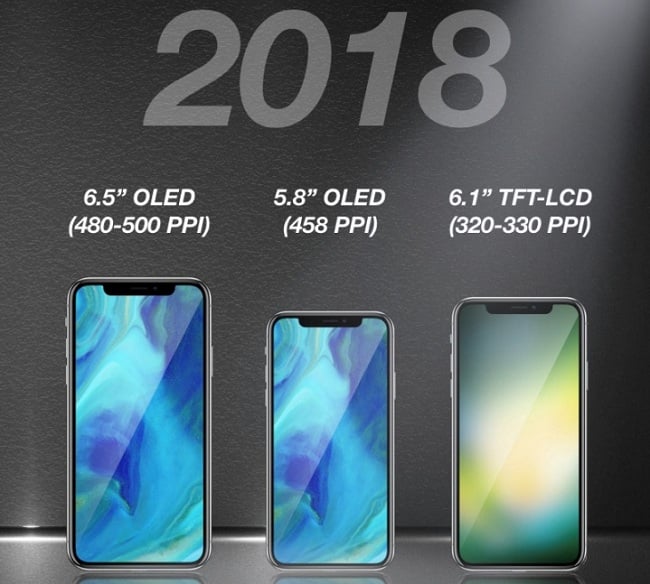 The super sized iPhone X may come in golden color in upcoming September. Apple users will never get enough of small innovative amendments in the design and software of iPhone. Well, you might have heard about three upcoming iPhones which Apple is thinking to release in upcoming September with Face ID, slim bezel and yes, that ugly looking notch.

No matter how much you hate the notch it’s going to stay for years until Apple would launch its new silver jubilee smartphone, may be iPhone 25X because at that time will get the revolutionary design like iPhone X brought after 10 years.

So, what’s the new for now? Bloomberg is out with a broad report that the Plus-sized version of the iPhone X is coming up with a screen that measures “close to 6.5 inches”, wow! While the existing iPhone X is just 5.8 inches.

Nowadays, Apple is working on testing prototypes of the larger model with a display resolution of 2688 x 1242.  Moreover, the company is also working on a gold color for the latest devices as an extra choice together with the already accessible black and white/silver options of the iPhone X.

According to Bloomberg’s reports, Apple will release 3 new iPhones this coming September plus an upgraded iPhone X, a larger version of that upgraded iPhone X which could be labeled as iPhone X Plus  and a less expensive, budget friendly LCD iPhone but have the X’s slim-bezel screen design.

Face ID for authentication will be added for 3 upcoming handsets however the dual-SIM support is expected to be added in the largest one.

In a tweet of leakster “Mr-white”, revealed three images of the next cohort iPhone X and one of them was in gold color. The iPhone X was surely the former iPhone in years to launch lacking a gold color option.

The fact is Apple only sells the premium flagship in Silver and Space Gray, as the iPhone 8 and 8 Plus both have Gold with option of two other colors. But now it looks like Apple is going to include that color option in upcoming iPhones.

Interestingly, it is expected that the 6.1-inch LCD iPhone would be generating most of the sales for Apple. The reason is its looks are really similar to an iPhone X and it will include Face ID and slimmer bezels.

So we are eagerly waiting to see what a 6.5-inch iPhone X Plus looks like, as it will be the largest iPhone ever made from the house of Apple.