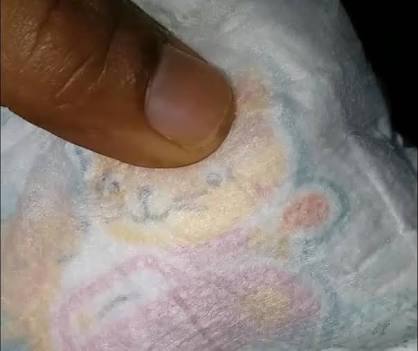 Muslims burn P&G nappies in India claiming the brand hurt Muslims community. Early this week muslims in India burn their diapers claiming that on the cartoon word Mohammed appears in Arabic and Urdu. The protesters are calling for a boycott of Pampers products as the brand has hurt the feelings of Muslim community.

On Tuesday, as per the Deccan Chronicle, activists from the Islamic group Darsgah Jihad-o-Shahadat has lodged a formal complaint at Dabeerpura Police Station in Hyderabad.

The protesters group from Hyderabad say that lines illustrating the whiskers, nose, mouth & left eye of the smiley feline allegedly bear a close resemblance to the Holy Prophet’s name “Mohammed” when written in Arabic or Urdu.

The group said in a letter to police that Pampers owned by US multinational Procter & Gamble – had hurt the feelings of the Muslim community.

The letter states: “Even with (the) bare eye it is been identified that the name of Prophet (PBUH) can be seen printed on it in Urdu/Arabic.”

Complaint got filed with Dabeerpura police in Hyderabad requesting the sale and distribution of the offending brand be halted and that P&G officials be arrested & punished.

The brand claims to be respectful to all the religions, cultures, customs and beliefs. The P&G encouraged the local leaders  helping to clarify the misinformation circulating online.

On the other hand several social media users also insisted the cartoon was just an innocent drawing of a cat taken out of context.

Must Read: Facebook’s is widely rolling out face recognition feature to users, but it raises a lot of privacy concerns

Maybe it is the fault of the creative team but whatever the case is, it is manifesting the name of Holy Prophet, and it’s much insulting.

Amina Wani Choudhury a social media user said, “Anything that is in your mind you can see or imagine because it’s in your mind, not on diapers.”

On its website, the brand states Pampers is its biggest global brand & has “served millions of babies since its launch in the Arabian Peninsula”. The brand also added, “The intent behind the use of this cartoon is completely innocent and we would never intend to offend any person, religion or cultural belief.”

However, Proctor and Gamble apologized for the mistake, while  a spokesperson said the company had not intended to offend any religion and the cartoon cat is just an innocent animation of a cat.

Back in 2005, Burger King got intimidated into changing its logo, a stylized image of a soft-serve ice cream cone after getting claimed by a Muslim that it resembled the word Allah in Arabic, after 3 years, Sony submitted to a similar kind of complaint as did Sweden’s H&M when they recalled a sock design because of a complaint that it sort of resembled the word for Allah.

How widespread are protests in India? Is not clear. However the claims are spreading on social media including Facebookand YouTube reaching all around the world.

To see the truthfulness of the claims I hurriedly went to chek with the Pampers brand diapers but could not fine even a cat on the diapers. However I am not claiming the protests on fake basis, because it is possible the brand I reached was a fake one or the P&G don’t import the same designed diapers in Pakistan.

Facebook’s is widely rolling out face recognition feature to users, but it raises a lot of privacy concerns

Nokia 8110 first impressions: Behold the return of banana phone we all loved in ‘The Matrix’