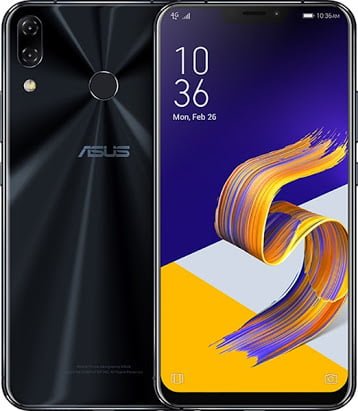 Asus’ Zenfone 5 is the AI powered phone inspired by iPhone X. Though Apple did not bother about having any sort of official presence at Mobile World Congress of this year, we remember that the same was the week the iPhone X which is the Apple’s premium flagship, really came into its own.  And the company had been lucky enough to see its flagship everywhere in spirit, through its design choices from the flagship competition.

For some of the spectators, it got to be the mere legitimization of the notch, while others at the same time could not help but saying an inspirational product.

Alongside the Huawei’s P20 which is still over the horizon, the Asus Zenfone 5 is the biggest at MWC 2018.  Asus Zenfone 5 seems to be the best iPhone X knockoff of the show.

It is true that smartphones have looked same for several years, more or less is not the case with similarity, and we admit that the inspiration from Apple’s iPhone X is undeniable, but for most of the users of the flagships, that similarity seems not to be a thing worth bothering.

Must Read: Here is a guide to disable Facial recognition feature of Facebook

You are lucky enough to avail a chance of getting your hands on Android version of last year’s hottest phone, on the cheap (with the headphone jack). The 5Z, is the higher end version of the handset due to the inclusion of the Snapdragon 845, and it starts at $499. Though it is not much cheap, notably half the price of the Apple’s iphone X and several times less expensive than the standard Galaxy S9.

Not sure, but i would like to say that the notch is present at this phone, as I have heard uttered several times up and down the halls of Barcelona’s Fira the current week, but certainly we are going to be living with it until another one comes up with a better way to deal the entire front screen/camera clash.

The most similarly named Zenfone 5 Lite differentiates itself with 2 front-facing cameras, with inclusion of one wide angle. The phone also retains a fuller upper bezel.

AI is the other big bet for the increased sales of the phone. The same Artificial Intelligence that is in the LG V30S ThinQ sense of AI, mind. In short, the system is working to determine what it is shooting to get a better of idea of how to adjust its setting.

Here is a guide to disable Facial recognition feature of Facebook