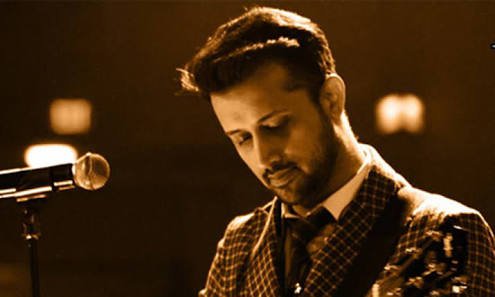 Why does Atif Aslam refuses to promote Bollywood song. Request for promoting his latest song Sehmi Hai Dhadkan are repeatedly getting shrugged off by Pakistani singer Atif Aslam. The requests are made from Sanjeev Kumar the producer of the upcoming Bollywood film Daas Dev.

A statement made by the film’s producer suggests that the singer has said that he will do it, but did not do. The producer is not sure why Atif is not taking part in the activity, but, he (producer) see that work promised has not been executed.

The song Sehmi Hai Dhadkan was unveiled on 22nd of February, as the first song from Sudhir Mishra’s film Daas Dev, which is a contemporary take on Sarat Chandra Chattopadhyay’s novel “Devdas”.

In February, politician Babul Supriyo asked for a ban on Pakistani artistes working in the Indian film industry.

Must Read: Q Mobile E3 Dual: A phone that’s inspired by the dreams of photography lovers

But Kumar doesn’t bother about the objections made by Babul Supriyo and says that such kind of statements are normally made by fringe groups. He says the worth bothering situation becomes when minister made such statements.

Kumar needs Atif for this song because Atif is being followed by 20 million people on social media and it will cause the film to get ranked higher.

The film Daas Dev stars Richa Chadha, Aditi Rao Hydari & Rahul Bhat. The film is is scheduled to hit the screens on 23rd of March 2018.

Pakistan has criticised India for its “anti-Pakistan prejudice” as the Indian Motion Pictures Producers Association (IMPPA) upheld its ban on performing artistes of Pakistan.

A spokesperson namely Mohammed Faisal from foreign office criticised the behaviour of Indian authorities banning Pakistani singers in these words, “It is unfortunate that art and cinema, which bring people together by acting as cultural bridges, are being held hostage to hate and xenophobia,”.

Faisal continues saying that it is unfortunate that the decision of not allowing Pakistani singers visas alongside several other issues like refusal to allow participation of Sikhs and Katas Raj pilgrims, as well as cancellation of sports matches does  underscore the growth of intolerance and it also underscores bias prevalent in India.

Faisal says that the decisions taken or upheld by the Indian authorities is the cause of India’s exposure as a sham-ocracy.