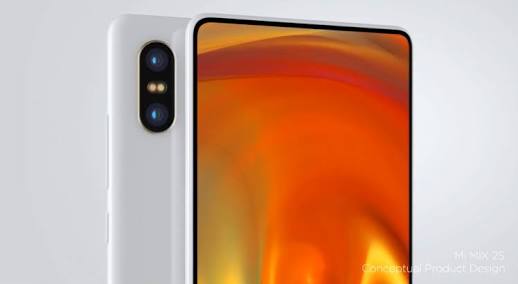 Mi Mix 2s Xiaomi teases the flagship with Snapdragon 845 in new video. An other flagship is set to join the company of the first devices with the latest Qualcomm chipsets. Yes, Mi Mix 2s by Xiaomi is going to  make its place among the Sony Xperia XZ2, the US versions of the Samsung Galaxy S9 & Galaxy S9 Plus and the Asus Zenfone 5 flagship devices.

Xiaomi is the Chinese electronics and smartphone giant that has announced through a teaser video the Mi Mix 2s which is the successor to its Mi Mix 2 smartphone, saying that the Mi Mix 2s is set to be launched at 27th of March the current year.

The company has also mentioned in the teaser video that the flagship device will be powered by Snapdragon 845 SoC.

According to a recently emerged report the 845 SoC used in the Mi Mix 2S will actually be faster than that one  used in the rivals of the Mi Mix 2S, like the Galaxy S9 & S9 Plus, Sony Xperia XZ2 and Asus ZenFone 5Z.

The video teaser put out by the Chinese company “Xiaomi” on its Weibo page did show Snapdragon 845 flashing on the screen.

The flashing Snapdragon 845 was followed by a message ‘How fast is your Snapdragon 845?’ in the teaser video. The video has pre exposed the fact that Xiaomi has revealed what appears to be the AnTuTu score of the device, showing that the Mi Mix 2S could stand on its own against the other flagships in the current year.

As we have previously went through several reports saying that the device is expected to feature a  6.01” OLED  or some reported that it will feature 5.99-inch FHD+ display in an 18:9 aspect ratio and most probably, an 8 GB RAM as well as 256 GB storage option in addition to Sony IMX363 camera sensor.

It is also expected that Xiaomi will be following Apple’s trend and will feature Mi Mix 2S with a notch incorporated on the display, according to the rumours. However, unlike Apple, Xiaomi will place this notch on the top-rightof the Mi Mix 2S’s display,  to make it less of an intrusion.

Not only that, an image from  video even suggests an under-screen fingerprint scanner, although it could be only a UI feature.

So, let us wait for the day of the device’s launch to know for sure what actually the phone supports.